There are only a few months left until Thor: Love and Thunder hits theaters. With so little time left until the movie is officially released, many fans are curious when the first trailer will drop. At this rate, Disney will have to hype up the promotion for the film, and we’ll finally be seeing all sorts of looks at the film’s characters. And while we’re still not quite at that point yet, a newly-leaked action figure has revealed another look at Christian Bale as Gorr the God Butcher.

The action figure, which you can see below courtesy of Murphy’s Multiverse, is pictured alongside various other Thor: Love and Thunder figures. Some of these include armor designs that match up with what we’ve seen previously for the film. Of course, it’s Gorr the God Butcher that has some fans most curious, and this is easily the most detailed view yet. 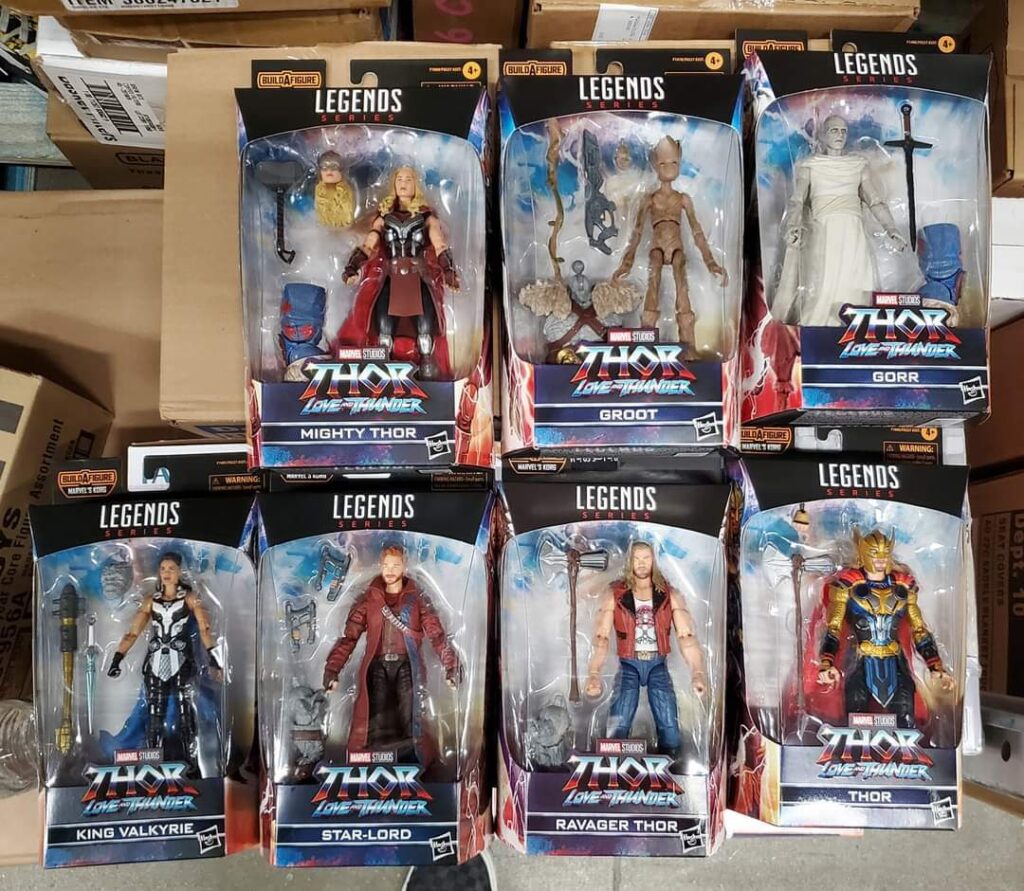 It appears that the biggest takeaway in this image is that Gorr the God Butcher, played by Christian Bale, will have a different look than his comic book counterpart. This is definitely an interesting change, and considering the Marvel Cinematic Universe often makes such creative alterations, it isn’t too surprising. Of course, as noted by Murphy’s Multiverse, it’s possible that he’ll also go through different forms within the movie. So we may still see a variation of Gorr the God Butcher that resembles his comic book iteration.

Only time will tell, and presumably that time will be sooner rather than later. Especially with the film only a few months away. As such, fans can stay tuned to ScreenGeek for any further updates on the future Marvel blockbuster Thor: Love and Thunder as we have them.

The highly-anticipated sequel to Thor: Ragnarok, Thor: Love and Thunder, is scheduled to hit theaters on July 8, 2022