Chris Pratt Says ‘Jurassic World: Dominion’ Is The End Of The Franchise 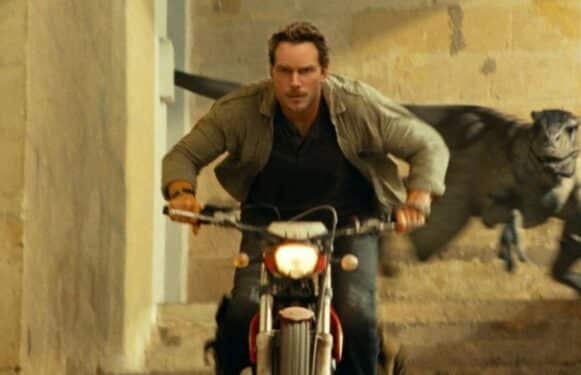 He revealed as much while speaking with the Today Show. According to Chris Pratt, the film reunites characters from both the Jurassic Park and Jurassic World films, and that this new film is a finale to both. He even compared the upcoming film to the finale of a fireworks show.

Here’s what he had to say specifically:

“You know when you go to a fireworks display like the Fourth of July or New Years, there’s always the finale? You’re waiting for it, and then boom! And you’re like, ‘Oh! This is it! This is the finale!’ I feel like the whole movie is that. It’s…30 years in the making, it’s the sixth Jurassic film, it’s the end of this franchise.”

He further discussed what it was like joining the original film’s cast members for this new installment.

“I really do think it’s the end. You’ve got the legacy cast back — Sam Neil, Laura Dern, Jeff Goldblum plus the cast of Jurassic World all…converging in a way that is very much a finale. The first time I saw Jurassic Park, I was thirteen. I had no idea I was going to be an actor. If you would’ve told me that I would be doing this, there’s no way I would’ve believed it. And these folks were cemented in my mind as icons, and so to be working with them is a dream come true.”

It remains to be seen if Jurassic World: Dominion really will be the end of the film franchise. But it certainly will be an exciting conclusion to the Jurassic World trilogy.