Kevin Feige Reveals ‘Secret Invasion’ Is Set “During The Blip” 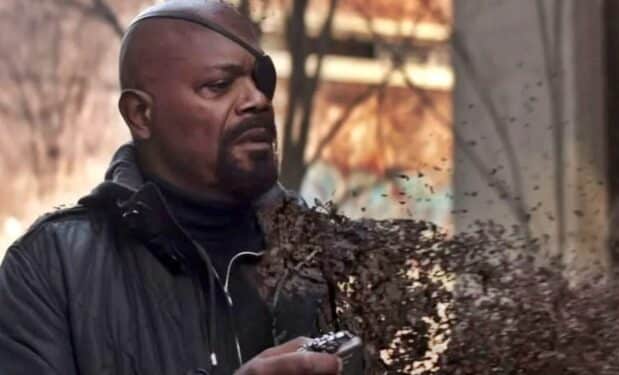 Fans have been looking forward to the upcoming Secret Invasion Disney Plus series. After all, the new series is set to give us more of Samuel L. Jackson as Nick Fury alongside plenty of other fan-favorite characters. But there is one interesting surprise that Marvel Studios head Kevin Feige revealed. As it turns out, Secret Invasion will take place “during the blip,” which is kind of a confusing era for the show.

As noted via Bleeding Cool, Kevin Feige revealed this detail while speaking during Disney’s Upfronts. Kevin Feige discussed the series alongside its star Samuel L. Jackson.

While Kevin Feige began by saying that Secret Invasion is set “during The Blip, when half of the universe was decimated by Thanos and will explore the events that happened in that period,” it doesn’t take long before things struggle adding up. In particular, Samuel L. Jackson’s character was apparently erased during the blip. So how could he be around to star in this new show?

It seems that there will be some exciting revelations in store. After all, Samuel L. Jackson did tease as much in an episode of the podcast The Awarded as further noted via Bleeding Cool:

“There are things that even I really didn’t know about Nick Fury that I just found out,” Jackson explained. “The minds behind what happened during the Blip are fantastic. That’s part of what we’re uncovering when we do this series now.”

“[It’s] giving me an opportunity to explore something other than the badassery of who Nick Fury is. I’ve had a good time doing that, and I’m looking forward to people sharing that aspect of who he is when this series does happen,” he concluded