Batman’s Social Commentary In New Comic Is Causing Some Backlash 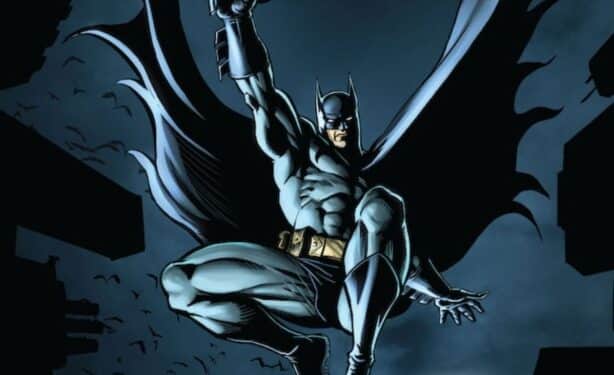 As times change, so do the comic books that so many fans celebrate. Of course, some of these changes might not be what audiences are looking for. This appears to be the case with a new Batman comic, Batman: Fortress #1, which reveals the titular character fleeing from a group of Antifa and Black Lives Matter style rioters.

The social commentary begins when the titular superhero needs to investigate an alien interference causing global blackouts. At the same time, all of Arkham Asylum’s prisoners are released unto Gotham City. With that in mind, he notices rioters waving weapons and looting buildings. Nevertheless, Batman doesn’t believe the Antifa styled rioters are his top priority and he decides not to intervene.

In fact, Batman has the following inner monologue:

“Haven’t seen a night like this in a while. Last time it was this bad was with that damn fear gas in the water supply. Only so much I can do. Need to prioritize. Hunt the big fish. Protect the little fish.”

“These places all have insurance. Not my job to protect their profit margins. In my father’s day, the American Dream used to mean something. An honest wage for honest work. Food on the table. Liberty and justice for all. Now it’s an illusion, a carrot on a stick, attainable by a few, dangled just out of reach for everyone else.”

“A bigger TV. A faster car. Shiny objects to keep the masses distracted, while the world burns. You want to blame them for grabbing the carrot when the lights go out? Go ahead. But don’t look to me to stop them. That’s not why I do this,” he concludes.

This caused backlash by some fans, a sample of which you can see below:

This has got to be one of the Worst Pages I have ever seen in a Batman Comic.

This Comic isn’t from 2020 either it was only Published Yesterday.

Why is Batman supporting BLM and Antifa-style rioting, theft, looting of small businesses, and wanton destruction of property? This isn’t how Batman behaves and @DCComics and @JimLee should be ashamed this ever saw print. https://t.co/jz9NRebqhU pic.twitter.com/3fof9paTEO

Batman would NEVER say this shit…

Remember when Batman beat up Anarchy who was basically Antifa before it was cool,

In this comic,literally arson and riot occurred.
Nevertheless,Batman,the hero ignored this.
As if this hero justify this looting…

I can’t agree with the argument justifying looting.
Even if this riot is reminiscent of BLM or Antifa,my stance don’t change. https://t.co/GMHLNx1FMJ pic.twitter.com/kEhmws4uwH

He’d go down there and BEAT THEIR ASSES because they’re committing crime https://t.co/zHsuG0gfe8

So Batman is Pro-BLM now? Batman is Antifa now?😂 It’s because of things like these that the comic book industry is dying @DCComics you gave this guy @garywhitta who plays Animal Crossing on YouTube btw permission to inject his insane leftist politics into the Batman comics, nice pic.twitter.com/x8bPdelOtk

This is not Batman, are you genuinely fucking kidding me? I try to be relatively calm with tweets but this lights a fire. No matter what, Batman would give them ONE chance to surrender or get their bodies broken. This is pure propaganda for antifa or any similar rioters https://t.co/cUoCpnLwHg

Interestingly, writer Gary Whitta has commented on some of the resulting complaints. Whitta responded on Twitter by saying:

“Any negative review I get from a right-wing critic who can’t stomach the thought that Bruce Wayne might have a social conscience goes into my positive review file. Thanks for this!”

He added the following thoughts in a later post:

“I honestly didn’t expect it to be that controversial but some readers *really* didn’t like the choice Batman made in Fortress #1 to pass up putting a beatdown on people stealing big-screen TVs and saving a busload of kidnapped schoolchildren instead. Telling…”

Of course, as with most stories, there are always flaws in the logic. Whether or not that ruins or makes this comic book for some fans is up to the individual to decide.