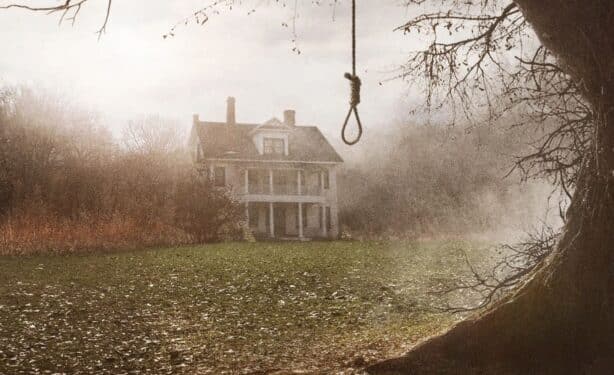 The storyline depicted in the 2013 horror film The Conjuring was inspired by alleged real life events. These aforementioned events occurred in a farmhouse located in Rhode Island. While this house was recently purchased by the Heinzen family in 2019, paving the way for a variety of tours and other such opportunities for fans of horror and the paranormal, they recently put the house back up for sale. Now it’s been revealed that the house which inspired The Conjuring has sold for $1.525 million.

This is quite a profit for the Heinzen family, as they originally paid only $439,000 for the house. The Conjuring house was sold to buyer Jacqueline Nuñez as revealed via Facebook. They explained that in order to purchase the house on top of the amount they paid, they will be continuing the tours and they’ll also keep from living in the house year-round. Furthermore, the Heinzen family will continue to be involved with operations regarding the house.

The Heinzen family have definitely done their part in renovating the house and making quite the business out of it. While there wasn’t much for fans to experience prior to their 2019 purchase, they’ve certainly rectified that. For years they’ve been offering both exciting tours and also livestreams of the house’s interior. For a place that’s said to be legitimately haunted, it’s hard not to be intrigued if you’re a fan of the paranormal.

Of course, the farmhouse also looks quite different to its fictionalized counterpart shown in The Conjuring. But that makes it all the more interesting for those who want to learn more about the Warrens and what their real life stories involved. While there’s much speculation as to what happened behind the scenes of their various alleged encounters with the paranormal, it’s still exciting to learn all of this history.

As such, it’s great to know that the new owners of the house will continue to offer tours and maintain the house for years to come.