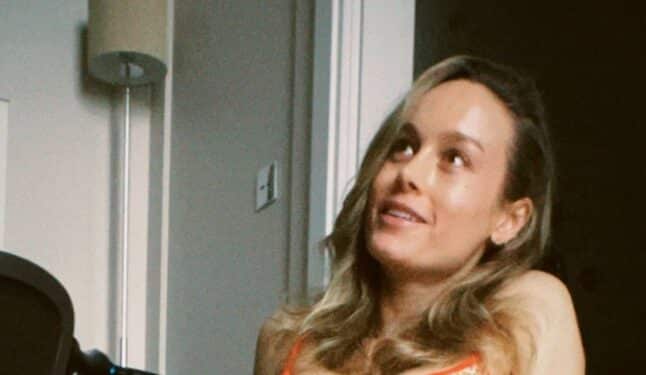 Brie Larson is a celebrity that’s known for actively keeping fans up-to-date on social media. She often shares photos or videos featuring her varied workouts, all of which prepare her for roles such as superhero Carol Danvers. This particular character is otherwise known as Captain Marvel in the ever-expanding Marvel Cinematic Universe. As such, it makes sense that Brie Larson has to stay in shape. But fans can now see Brie Larson in a bikini for one of her latest social media updates.

Of course, it’s worth mentioning that she acknowledged her “bruises from training” while posting the photo. Indeed, it’s clear that Brie Larson takes exercise very seriously even when she’s simply having a good time. It’s also a quick display of her sense of humor, as noted below.

Here’s what Brie Larson had to say in the bikini photo’s caption:

“Summer is here but bruises from training are in every season”

Summer is here but bruises from training are in every season 😂 pic.twitter.com/b20QW8kb2v

Indeed, Brie Larson is still very enthusiastic about training and working out. Which is fitting considering she recently worked on the upcoming film The Marvels which will pick up plotlines regarding her character Carol Danvers aka Captain Marvel. The film will also be tying in with the recently-released Disney Plus series Ms. Marvel. As such, fans can stay tuned to ScreenGeek for updates on all of these projects and associated stars as we have them.

The Marvels was directed by Nia DaCosta from a screenplay penned by Megan McDonnell.

Fans can expect the aforementioned Brie Larson to return for the film along with Ms. Marvel star Iman Vellani. The cast also includes Teyonah Parris and Samuel L. Jackson. Saagar Shaikh, Zenobia Shroff, and Mohan Kapur will be reprising their roles from Ms. Marvel. Zawe Ashton has been cast in a villain role for the film with Park Seo-joon additionally making an appearance.

Fans will be able to see The Marvels in theaters close to this time next year on July 28, 2023.