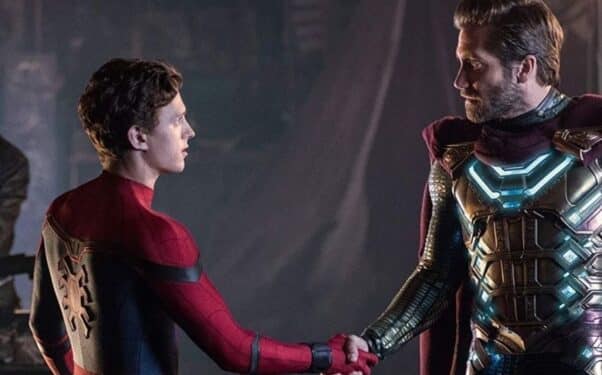 The Marvel Cinematic Universe has reached an interesting point. With the release of films like Spider-Man: No Way Home and Doctor Strange in the Multiverse of Madness, fans are finally seeing the introduction of the Multiverse. This has been a plot device for the comics for quite some time now, allowing many different Marvel continuities to come together and interact. In order to differentiate between these different universes, each one is designated its own number, with the main continuity titled “Earth-616.” It turns out that the Marvel Cinematic Universe has been given the same number, however, which may introduce a major plot hole going forward.

This plot hole was noted by Ms. Marvel star Iman Vellani. Years ago, in a tie-in book, it was revealed that the MCU took place in Earth-199999. With the Multiverse now coming into play, however, Kevin Feige has insisted that the MCU is actually Earth-616 – just like the separate continuity depicted in the comics.

As you can see below, while speaking with Deadline, Iman Vellani explained how she argues this point with Kevin Feige constantly.

“I have this argument with Kevin [Feige] every single time I see him in person,” she began. “It’s not 616. The MCU is definitely 199999. It’s five nines. And all this happened because Kevin Feige made a joke in an interview about how long the MCU would stand for and he said, ‘199999 years.’ But we need a number and you can’t take it from the Marvel comics canon, because that was like the main comics canon where all the main events took place.”

She further explained why it couldn’t possibly work. After all, if the MCU has the same number as the comic book continuity, then the events between both should be completely identical.

“In that canon, Kamala is an Inhuman, there’s Lockjaw, House of M took place with X-Men — where’s all that with MCU if it’s 616? I rest my case. Why was Mysterio in the MCU right about the 616 he mentioned? Why would he know anything? He’s an actor.”

Iman Vellani on what she believes to be the correct MCU number |#MsMarvel Special Launch Event pic.twitter.com/tAriPGb0BZ

Indeed, in Spider-Man: Far From Home, Quentin Beck aka Mysterio calls the MCU “Earth-616.” It was previously thought by fans that he was just joking, however. A quick lie that allowed a reference to the comics to squeeze through. But because Doctor Strange in the Multiverse of Madness calls the MCU “Earth-616,” it’s not only canon, but it somehow suggests that Quentin Beck had this extra knowledge he couldn’t have possibly known.

It seems this will just continue to be an argument until the end of time. The most reasonable explanation is that the comic books and Marvel Cinematic Universe take place in completely separate “Multiverses.” As such, the comic book continuity is the Earth-616 of its Multiverse, and the Marvel Cinematic Universe is the Earth-616 of its own completely unique Multiverse. Of course, that doesn’t answer the plot hole in which Quentin Beck somehow knew which Marvel universe he was in. But perhaps that will be answered at another time.