‘Ms. Marvel’ Episode 3 Made Some Fans Sick With One Scene 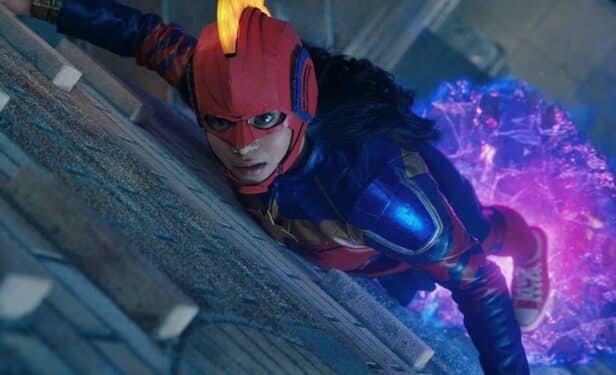 As Disney and Marvel continue to expand their Marvel Cinematic Universe, they’ve been branching out the franchise in a variety of inclusive ways. This now includes the newly-released series Ms. Marvel, which gives the spotlight to followers of the Muslim faith with its lead character, Kamala Khan. Now it appears one scene in Ms. Marvel, however, has actually made many fans sick.

Fans who’ve been watching the series know how much of an important aspect Kamala Khan’s faith is. The series illustrates this by highlighting many of her traditions as a Muslim. This includes a scene in the second episode where Kamala and her friend Nakia enter a mosque. The two are specifically shown removing their shoes before entering and they even discuss the recent actions of a shoe thief. It’s the third episode, however, that has a scene set in the mosque which made fans sick as stated above.

This particular episode features a moment where Damage Control enters the mosque. What’s notable about this scene, however, is that they enter the building with their shoes on. After they’re forced to leave, Laith Nakli’s character Sheikh Abdullah tells them to remove their shoes the next time they enter. This is because removing shoes before entering a mosque is both a tradition and a courtesy for those who are there to pray. In particular, worshippers pray on the carpet of the mosque, so it’s important to keep the ground clean as opposed to dragging in dirt with outside footwear.

As a result, this Ms. Marvel scene made many fans sick, and they shared some of their feelings on Twitter:

ms marvel ep 3 spoilers #MsMarvel
•
•
•
•
•
•
•
the agents walking in the mosque in their shoes made me physically sick pic.twitter.com/hFP5K7ypzD

#MsMarvel episode 3 spoilers
.
.
.
.
.
Agents walking in mosque with their shoes made me really mad but after it Sheikh Abdullah said that to agents so I was like its okay now pic.twitter.com/3PutufdaVS

yess omg i was panicking the whole scene

There was me awkwardly screaming “shoes off”

Indeed, once you take the opportunity to understand the importance of the shoes or lack thereof, it makes a big difference. It also goes to show just how little concern Damage Control has regarding our characters. Thus, Ms. Marvel does a great job of illustrating Islamic traditions and the characterizations of those in the MCU.

The Marvel Cinematic Universe series Ms. Marvel is currently available to stream on Disney Plus, with new episodes airing on Wednesdays.