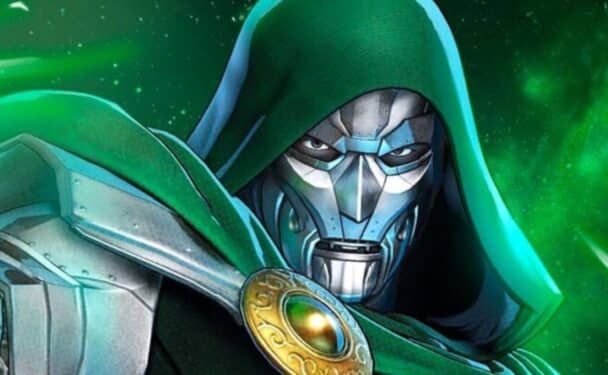 Fans were ecstatic for the newly-released Marvel Cinematic Universe film Doctor Strange in the Multiverse of Madness. The Doctor Strange sequel did a lot to move the MCU forward. It not only further explored the possibilities of the Multiverse, but it introduced a number of characters for potential future appearances. While these characters, such as Professor X, are situated in Earth-838 – it’s still expected that their own Earth-616 MCU variants will be introduced soon enough. This also goes for John Krasinski’s Reed Richards, which was the MCU’s first step towards introducing the Fantastic Four. As it turns out, however, the Doctor Strange sequel actually included the first Doctor Doom reference in the MCU as well.

The reference ties in directly with John Krasinski’s Reed Richards. When the character first appears, it’s through a form of teleportation that many thought was a reference to the Disney Plus series Loki. Instead, it’s actually a reference to Doctor Doom. In the comics, Doctor Doom has a “Time Platform,” and it’s this that Reed Richards used to enter the scene. This Doctor Doom reference was confirmed via producer Richie Palmer in the Doctor Strange 2 audio commentary.

“It’s exciting that costume designed by Ryan Meinerding, is a really special treat,” he explained. “The detail of the teleportation device he uses to get into the scene is something we took from the comics, that’s Doctor Doom’s Time Platform.”

With that in mind, the Time Platform is also often used by Kang the Conqueror in the comics. This seems to suggest the two will continue to be tied closely to one another in the MCU, just as they are in the comics. Hopefully we’ll see how this little reference is expanded upon in future Marvel Cinematic Universe installments. Until then, this is certainly a fun first piece of the puzzle.

The Marvel Cinematic Universe film Doctor Strange in the Multiverse of Madness is currently available to stream on Disney Plus.