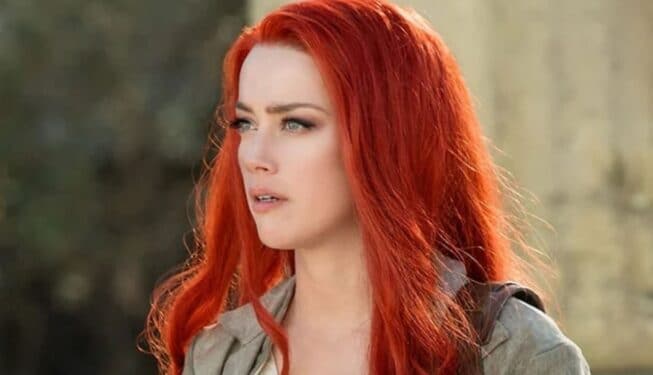 It was recently reported that an investigation would occur regarding Amber Heard and an alleged act of perjury. In particular, Australia’s Department of Agriculture, Water and the Environment were upset with Amber Heard for having allowed her two dogs into Australia without declaring them. The situation has become serious enough that Australia’s former Deputy Prime Minister Barnaby Joyce believes Amber Heard should be in jail.

As noted during an appearance on the Australian television program Sunrise, via Newsweek, Joyce stated the following:

“It now looks like Ms. Heard has allegedly not been telling the truth and it’s perjury,” he claimed.

After WikiLeaks co-founder Julian Assange, born in Australia, was extradited to the US by the UK for charges over the publication of classified documents – Joyce had the following to say.

“If they want Julian Assange, well we’ll take Amber and possibly Johnny and they can come over to Australia and spend some time at Her Majesty’s convenience.”

However, he noted how unlikely the scenario would be for Amber Heard to actually be extradited and sent to jail for the perjury probe:

“It really annoys me when they say they wouldn’t extradite them if they perjured themselves.

“They put at risk our biosecurity. We have a big issue right now with foot and mouth [disease]. If that comes into Australia, the beef industry [would be] decimated. When they say things like, ‘Ah we’d never do that for this’, well what would you do it for? They broke the law.”

He continued to explain that “it’s up to the Americans” regarding the situation:

“Well, it’s up to the Americans. I suppose the U.S. want to show the purity of it.

“They are insisting on getting Julian Assange so it’s fair enough that any person who’s perjured themselves, committed a crime in Australia, should go back to Australia to serve their time because we’ve got to be fair dinkum and straight with both these things, don’t we? Let’s see how that goes,” Joyce said.

He also jokingly referenced the dog that many believe Amber Heard named after him and gave his thoughts about his “namesake.”

“Send it up here and we’ll go pigging with it, see if we can knock over a few old boars,” he said. “I’ll look after it, my namesake, Barnaby. He’ll be safe with me.”

As for the recent trial between both Amber Heard and Johnny Depp, Barnaby Joyce shared his thoughts on that as well.

“It was bigger than the election, it was great. It was compulsory train wreck viewing. It was bizarre, but we watch them and they earn millions of dollars, but let’s see what happens.”

Furthermore, he noted that “they should have a sequel” to the infamous trial:

Johnny Depp and Amber Heard each previously gave an apology for the incident in Australia. Furthermore, Amber Heard claims to have believed her assistants already arranged for her dogs’ entry into the country. In any case, the event is still being investigated, and that includes cooperation from the FBI. As such, we’ll have to wait and see what happens with this situation as it develops. Stay tuned to ScreenGeek for additional updates on this matter as we have them. For the time being, it looks like Amber Heard is not going to be having any peace of mind.