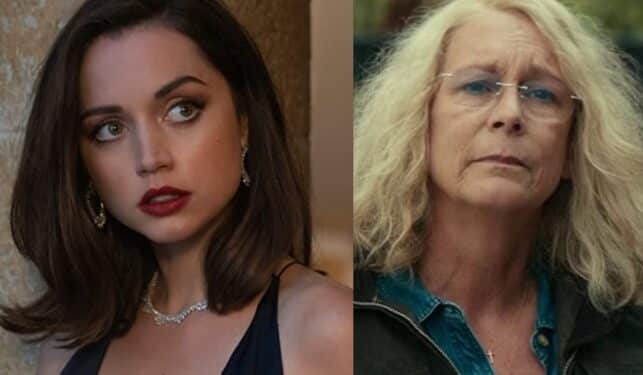 While Ana de Armas contributed performances to a variety of major films like Blade Runner 2049 and War Dogs before working alongside Jamie Lee Curtis on Knives Out, it appears Curtis was unaware of the fan-favorite actress. In fact, she recently revealed that she thought Ana de Armas was an “inexperienced, unsophisticated young woman.”

It certainly seems like a strange interaction and one that Jamie Lee Curtis confessed with “real embarrassment.”

Here’s what she had to say:

“I assumed—and I say this with real embarrassment—because she had come from Cuba, that she had just arrived,” Curtis said. “I made an assumption that she was an inexperienced, unsophisticated young woman. That first day, I was like, ‘Oh, what are your dreams?’”

The cover story further elaborated that Jamie Lee Curtis was still impressed with Ana de Armas and wanted to introduce her to friends like Steven Spielberg or her godchildren Maggie and Jake Gyllenhaal. Interestingly, “she was surprised” that Ana de Armas was already familiar with Jake Gyllenhaal.

“[Curtis] asked because she was so impressed with de Armas that she wanted to introduce her to Steven Spielberg to play Maria in ‘West Side Story,’ or to Curtis’s godchildren Maggie and Jake Gyllenhaal. She was surprised [de Armas] already knew Jake. De Armas is also close with Keanu Reeves, her costar in her first English-language film, Eli Roth’s ‘Knock Knock.’”

She also claimed that Ana de Armas “is not as fancy as maybe the advertisements would have you believe.”

“She is not as fancy as maybe the advertisements would have you believe. She leans in, interested; talking to her is kind of give-and-take. She’s curious and asks a lot of questions.”

However, she did have great things to say about Armas and her upcoming performance as Marilyn Monroe in Blonde.

“She showed me a picture of her as Marilyn,” Curtis said. “My father was in ‘Some Like It Hot,’ and I have a lot of photos of my father and Marilyn. It was a couple of still pictures and one video of her moving through space with no audio. But it was so shocking because she was Marilyn.”

With all of that said, social media has taken the opportunity to criticize Jamie Lee Curtis for her comments. Here’s what some users have been saying about the actress and her initial thoughts regarding Knives Out co-star Ana de Armas:

it’s not funny it’s gross to see jamie lee curtis be a karen bout ana de armas. to publicly express how she thought she was “fresh off the boat” because she couldn’t be bothered to google her costar who has been praised as “the next big thing in hollywood” for years is gross!!

I just read @jamieleecurtis thought Ana de Armas was “inexperienced” because she bad come from Cuba?Hollywood – it’s full of out of touch fools

The cavalier tone suggests she makes such assumptions regularly. Pervasive ignorance sheesh! The fact that she spoke publicly suggests she sees nothing wrong. “Jamie Lee Curtis Facing Backlash For Comments She Made About Ana de Armas” https://t.co/LipcR1Hk0b via @pablovaldivia

JamieLee is not exactly the brightest bulb in the pack..never has been. Typical Hollyweird elite..looking down on others. #Hypocrite #Bigot

Overall, it’s nice to see that Jamie Lee Curtis has realized the mistake she made and that she now appreciates and respects Ana de Armas and her fantastic work. But it seems likely that some fans and social media users will be remembering these comments going forward. Especially knowing how the internet doesn’t like to forget these types of things. In any case, both actresses are doing well in Hollywood with a number of new and upcoming projects on the way. So stay tuned to ScreenGeek for additional updates as we have them.