Tom Holland Reveals Why He Had To Leave Social Media 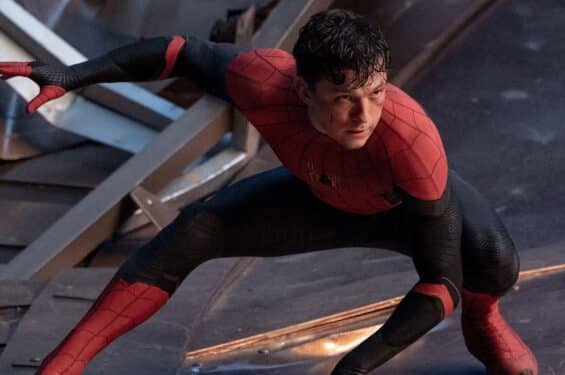 With his portrayal of Peter Parker aka Spider-Man in the Marvel Cinematic Universe, actor Tom Holland quickly became a worldwide sensation. The actor has appeared as Spider-Man in a number of film productions, including his own Spider-Man film trilogy, and special appearances in such major blockbusters as Avengers: Infinity War and Avengers: Endgame. The success of these projects has only led to more blockbuster roles. And, now, it looks like Tom Holland is taking a bit of a break. More specifically, however, it’s been revealed that Tom Holland will actually only be taking a break from social media.

Fans might be wondering why the young actor would want to take a break from social media. After all, he’s been quite active on a number of platforms thus far. But it turns out that Tom Holland declared the break as a means to preserve his mental health.

He explained as much in a three-minute-long video which also promoted the Stem4 Teenage Mental Healthy Charity as well as his own charity organization The Brothers Trust.

As he noted in the following caption:

“Hello and goodbye… I have been taking a break from social media for my mental health, but felt compelled to come on here to talk about Stem4. Stem4 is one of the many charities The Brothers Trust is extremely proud to support – and I’d like to take a moment to shine a light on their fantastic work. Please take the time to watch my video, and should you feel inclined to share it with anyone who it may resonate with – it would be greatly appreciated. There is a link in my bio to The Brothers Trust Shop, where you can buy a t-shirt, and help us continue to help these amazing charities thrive.  Love to you all, and let’s get talking about mental health”

And, in regards to the video itself, Tom Holland explained the following to emphasize how “overstimulating” and “overwhelming” both the Twitter and Instagram social media apps can be.

“Hi guys. So I’ve been trying to make this video for about an hour now, and for someone that has spent that las 13, 14 years, however long I’ve been acting…I cannot seem to say what I need to say without ‘um-ing’ and ‘ah-ing’ every five minutes, so I’m gonna try again. I have taken a break from social media for my mental health, because I find Instagram and Twitter to be overstimulating, to be overwhelming, I get caught up and I spiral when I read things about me online, and ultimately, it’s very detrimental to my mental state, so I decided to take a step back and delete the app.”

Indeed, social media can certainly be a lot to handle even for the average person. It must be unimaginably difficult for an actor portraying one of the most iconic characters of all-time. So, with that in mind, it certainly makes sense that he might want to take a break. Especially as he’s not only portraying said iconic character – but at one of the most important times for Spider-Man as a character. The Marvel Cinematic Universe has opened up so many amazing and unthinkable possibilities for the brand going forward. And, if Tom Holland needs to take a break to help focus on that, then so be it.