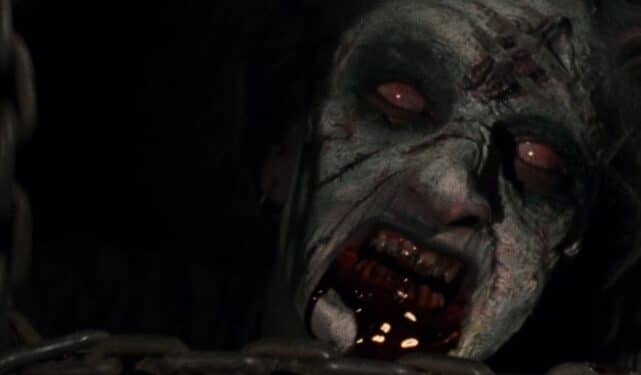 Fans have been waiting for some news regarding Evil Dead Rise, the next installment in the Evil Dead film franchise. While many fans suspected the next update could be negative – especially with the ongoing purge at HBO Max and Warner Bros Discovery – it looks like they’re in for some good news instead. It’s just been revealed that not only will Evil Dead Rise finally be released early next year – but it will also have a theatrical release!

This means Evil Dead Rise will no longer be released on HBO Max as originally intended. While the film was initially conceived as an exclusive for the streaming platform, it looks like Warner Bros has different plans for the film. This is also a great sign of confidence that this movie will be even better than expected.

For sure, this is stellar news for fans of the franchise. This also means that we’ll have additional Evil Dead Rise updates in the coming months.

Here’s the announcement as teased by director Lee Cronin:

Indeed, “the countdown to carnage has begun,” as Lee Cronin himself states. After months of little-to-no news, this is certainly a refreshing announcement. Especially after films like Batgirl were completely cancelled. But it looks like Evil Dead fans won’t have to worry about that – and we’ll soon be able to enjoy Evil Dead Rise with a theatrical release. Perhaps the ongoing purge at HBO Max has some benefits after all. Stay tuned to ScreenGeek for more news as we have it.

Fans can now expect Evil Dead Rise to be released exclusively in theaters early next year on April 21, 2023.