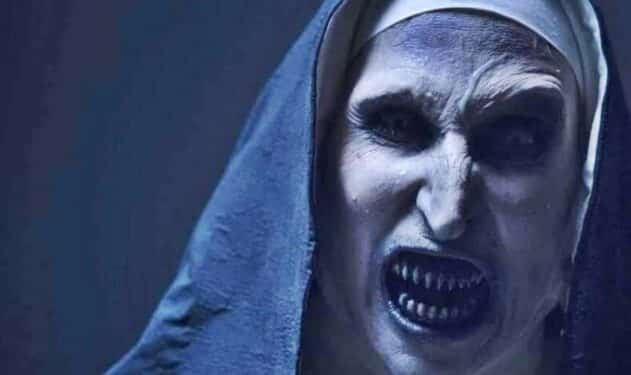 With enough time having passed since the release of The Conjuring: The Devil Made Me Do It, fans are excited for the next film set in the Conjuring universe. As it just so happens, that film will also be a direct follow-up to the 2018 hit The Nun, and now we know when to expect The Nun 2. It’s been announced that The Nun 2 will have a theatrical release which is slated for September 2023.

Corin Hardy directed the 2018 take The Nun, and while he won’t be returning to direct the sequel, fans are certainly still excited to see what’s in store. After all, the titular nun – aka Valak – has become quite a horror icon since her debut in The Conjuring 2.

Of course, the Conjuring film franchise has already spawned a number of icons, including the memorable possessed doll Annabelle. But now that we’ve already received three stand-alone Annabelle films, it looks like Valak is next to have the spotlight.

As for the setup of the upcoming film…

“1956 – France. A priest is murdered. An evil is spreading. The sequel to the worldwide smash hit THE NUN follows SISTER IRENE as she once again comes face to face with the demonic force VALAK – THE DEMON NUN.”

Michael Chaves, director of The Curse of La Llorona and The Conjuring: The Devil Made Me Do It, will be directing The Nun 2. The screenplay was said to have been written by Akela Cooper.

Bonnie Aarons will once again play the titular nun aka Valak. As for Sister Irene, she’ll once again be played by Taissa Farmiga, who will also be reprising her role from The Nun. Hopefully we’ll have further cast announcements soon. In the meantime, however, it’s nice to know that both Bonnie Aarons and Taissa Farmiga will be returning to play their respective roles.

Fans will finally be able to see The Nun 2 following its theatrical release date on September 8, 2023. Stay tuned to ScreenGeek for additional updates on this highly-anticipated horror film project as we have them.