The Scariest Moments Of The Conjuring Universe 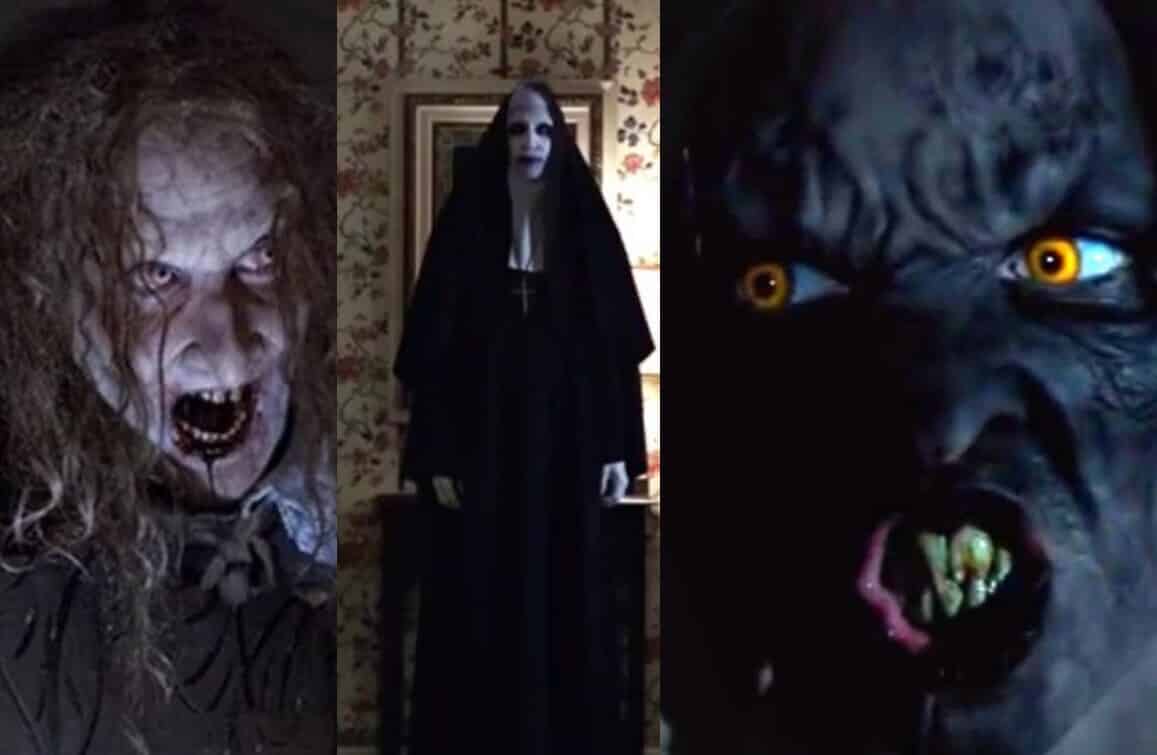 It isn’t any surprise that The Conjuring became one of the biggest horror films of the 2010’s. With James Wan directing, it was almost always a guaranteed hit. But it’s still been surprising to see just how strongly the rest of the franchise took off. For example, while Insidious is still unlikely to even get a fifth film, The Conjuring has already had six continuations including spin-offs, with another direct sequel titled The Conjuring: The Devil Made Me Do It on the way. Obviously with so many movies, there’s a relatively endless number of scares and villains featured across the board. So, as you can see below, we’ve compiled a list featuring some of the best scares from the Conjuring franchise! 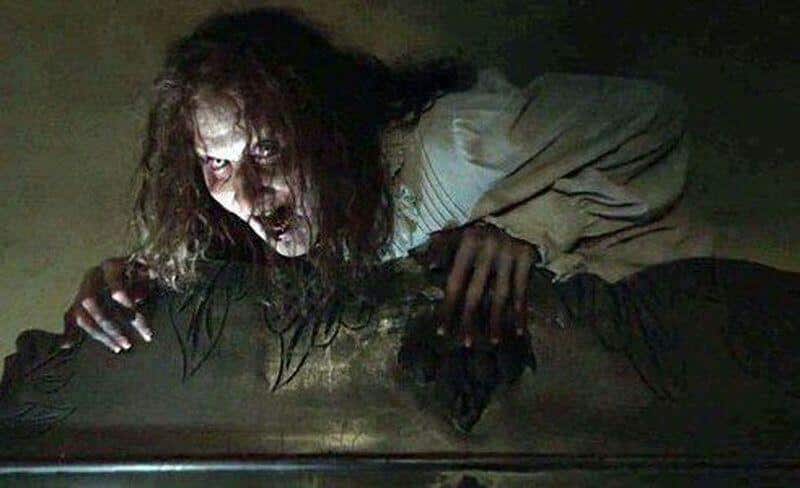 This is easily one of the most iconic scenes in the entire first film of the franchise. It’s the moment in the film when the audience is finally introduced to Bathsheba, a horrifying villain which sets the stage for the second act of the film. 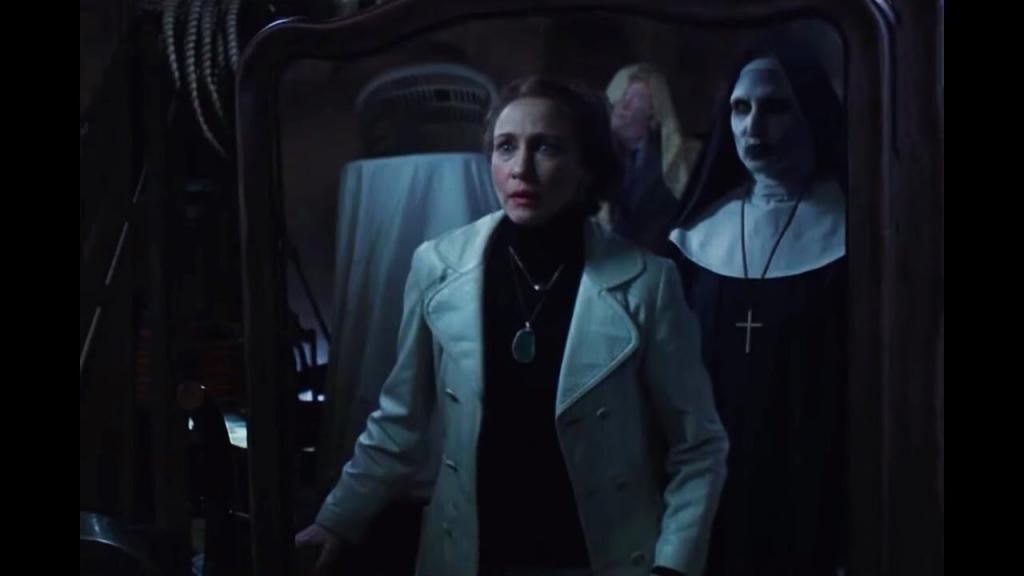 While the previously listed jump scare set up that particular film’s antagonist, this scene introduced an antagonist which would later on receive her very own spin-off film. This would be none other than The Nun, a ghastly demonic entity that terrifies Lorraine Warren after she sees the specter behind her reflection.

Another scary one would have to be the painting scene: 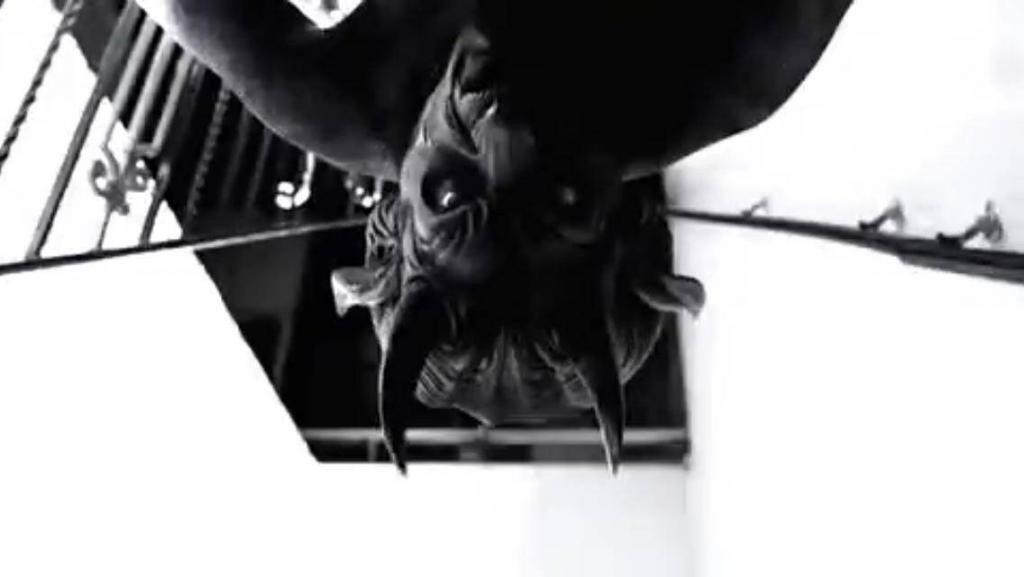 This is an incredibly eerie moment due to its build up. We see during a short chase sequence that there’s some kind of entity lying at the bottom of the staircase. After a moment of suspense, the creature’s face flashes across the screen. 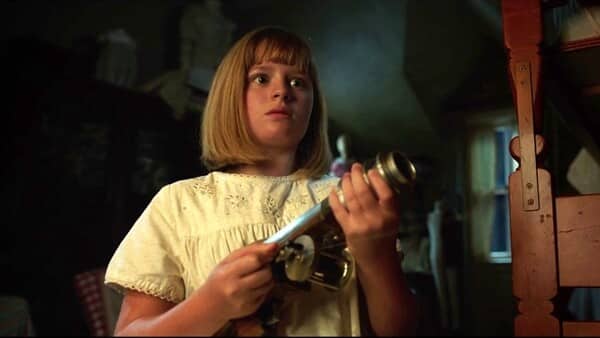 In this scene, Linda is playing with a toy gun that has a ball attached to it. As she shoots the ball, an unseen entity standing in the dark manages to grab onto the ball and snatch away the entire gun. Linda runs to the safety of her bed, only to be followed by the entity, that lurks around the floor and grabs the Annabelle doll on the bed just below her.

And this terrifying scene as well: 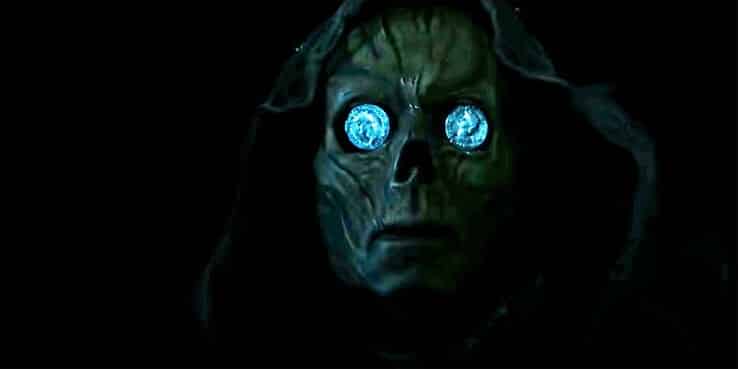 In this particular scene, when the ghost of The Ferryman appears, it’s all about the design of this particular monster that stands out. The Ferryman looks like something out of the Tombs of the Blind Dead movies, and for that reason alone I’m surprised this guy hasn’t already gotten his own spin-off film announced.

And who could forget this one? 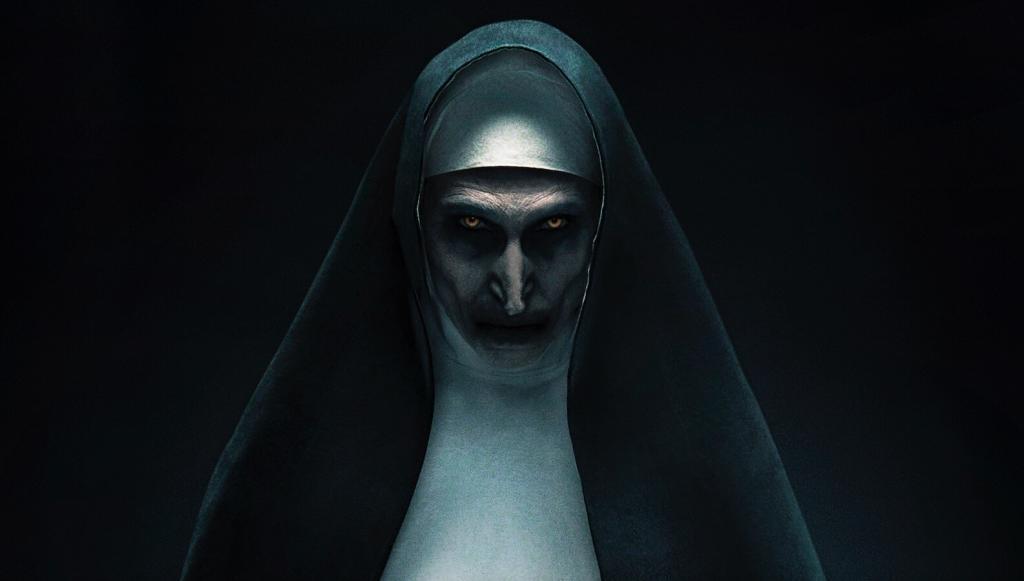 As the last scene listed was clearly influenced by a horror genre classic, so was this jump scare moment. The imagery associated with the hanging nun clearly calls back a much older, Italian horror film known as City of the Living Dead. Lucio Fulci directed the film and frequently used the image of a hanging priest, clearly one of many Italian influences in The Nun. 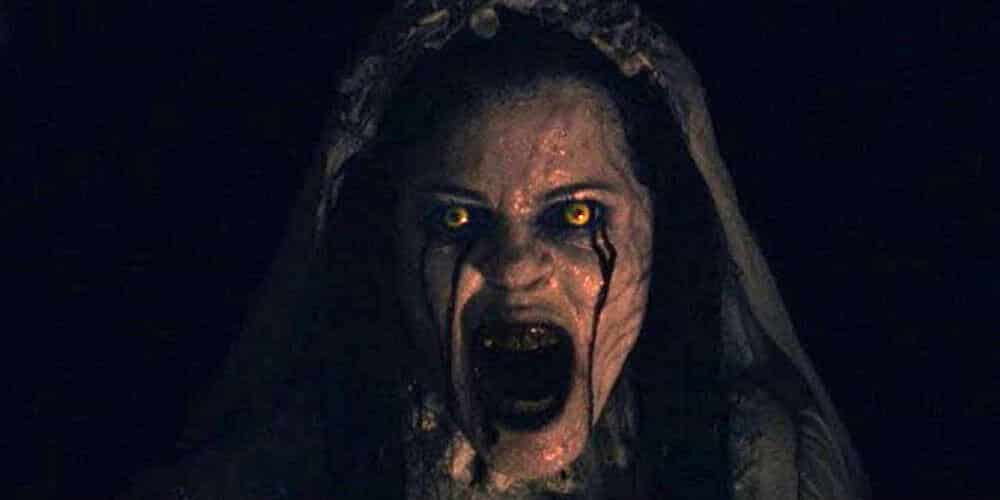 Finally, we have the first appearance of La Llorona to add to the list – it’s her creepy, ghostly appearance that scares audiences when she first appears – not to mention with a nice, sharp musical cue.

There you have it! As you can see, The Conjuring and its many continuations have contributed to a rather chilling list of monsters and ghosts with these jump scares. And with all of those entities lurking in the dark, there is no telling when they might be willing to pop out to scare, kill, or possess.

In the meantime, if you’re still eager for more, be on the lookout for The Conjuring: The Devil Made Me Do It – which is now scheduled to hit theaters later next year on June 4, 2021.