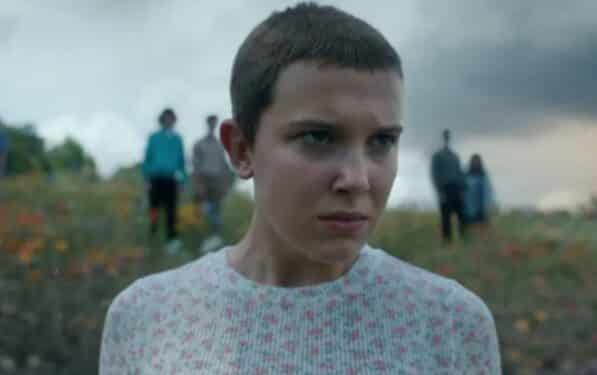 Now that fans have had time to process the fourth season of Stranger Things, which is considered by many to be one of the best iterations of the hit series yet, it’s time to start looking forward to the future. The Duffer Brothers have previously revealed that the fifth season of the Netflix series would be the last. And, with the way the fourth season ends, they’ve certainly set it up in the best ways possible. As such, fans are eager to know all of the details for this upcoming final season.

Now we’ve just got one of our biggest tidbits yet – the episode count for Stranger Things Season 5.

The episode count for Stranger Things Season 5 was revealed by the Stranger Things writers’ Twitter account. As you can see below, they shared a whiteboard with eight columns. And, if you look closely, every column is labeled as a numbered episode up until Episode 8. The caption from the show’s writers reveals that they’re at the “Grid stage” for production.

Of course, a count for eight episodes isn’t exactly surprising. As fans of the series know, multiple seasons so far have had eight episode counts. This includes both the show’s first and third seasons. Because this upcoming season is intended to not only wrap things up – but focus only on existing characters – then it makes sense they wouldn’t need that many episodes to do so. Hopefully this is a sign that we’ll get the fitting conclusion that this great series deserves. With that said, it might still be some time before it finally hits the streaming service.

The first four seasons of Stranger Things are currently available to view on Netflix. While the fifth season is set to be the final season of the hit series, there is a spin-off series in the works. As such, fans can stay tuned to ScreenGeek for updates on all of these upcoming projects as we have them.