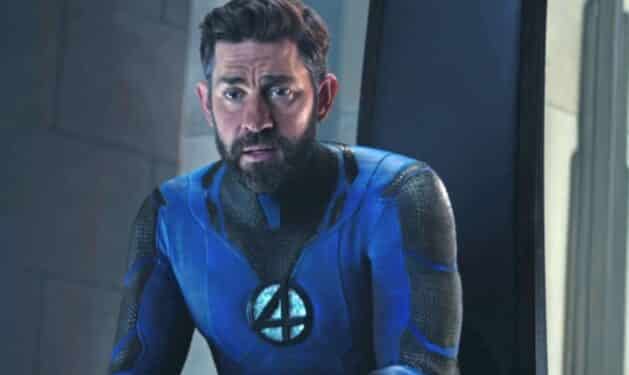 Actor John Krasinski notably played Reed Richards in Doctor Strange in the Multiverse of Madness. However, because this version of a character was a “variant” of the MCU’s official Reed Richards, it means Marvel can (and presumably will) recast him. This is further supported with the report that Penn Badgley is rumored to be playing Reed Richards in the upcoming Fantastic Four film reboot.

As pointed out via The Direct, former Birth.Movies.Death editor-in-chief Devin Faraci appeared on the Marvelvision Podcast. While there, he suggested that Penn Badgley has already met with Marvel Studios about playing the role of Reed Richards.

In fact, he guesses that he “probably has the role already.”

Here’s what he stated:

He further explained that Marvel Studios has so far only looked at “white guys” to play the part. One of these white guys, the aforementioned You actor Penn Badgley, happens to be at the top of the list.

The guys that [Marvel Studios] been talking to about it are all white guys. That guy [Penn Badgley] from the show You, who probably has the role already, frankly, he’s a white guy. They’re going with the standard… And he’s terrific, by the way, that’s a good choice. But, they’re going very classical.”

Of course, this information should still be taken with a grain of salt. The film is in its early stages of development and it’s not even guaranteed that a new director has been attached since Jon Watts left the project. Watts was originally slated to direct Fantastic Four until he decided to take a break following the production of Spider-Man: No Way Home.

Although, recent reports did suggest that Matt Shankman could direct Fantastic Four. If that’s the case – then perhaps they are already casting the film. This means we’ll know whether or not Penn Badgley is Reed Richards in the near future. Stay tuned to ScreenGeek for additional updates regarding the highly-anticipated Fantastic Four project as we have them. It’s certainly going to be an interesting expansion of the Marvel Cinematic Universe and help push the franchise in completely new directions.

The new Fantastic Four iteration is currently scheduled to hit theaters on November 8, 2024.