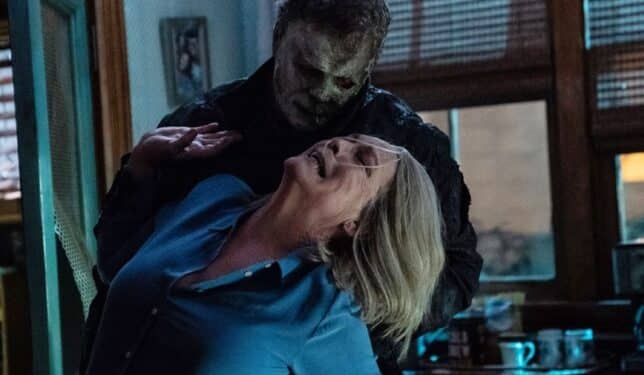 The highly-anticipated finale to David Gordon Green’s trilogy of Halloween sequels is almost here. The upcoming film, titled Halloween Ends, has been said to be a more atmospheric and intimate story than its predecessor, Halloween Kills. Interestingly, however, many members of the film’s cast and crew have also said the ending of the film will be shocking, if not upsetting, for fans of the franchise.

Obviously the Halloween series has already tackled everything from cults to reality television. So, with that in mind, there’s a lot of excitement to see just what this ending is. Now David Gordon Green has teased that they’re actually still working on the Halloween Ends ending.

As revealed in an interview with Empire, David Gordon Green notes that the ending “changes every day.” For those fans that are upset the film won’t be finished in time, however, he does explain that “the picture is locked.” But with several months before the film is released – it looks like they’re having fun with some last-minute touch-ups.

For example, David Gordon Green states, he called the editor the morning of his interview and said the following:

“What if we do this one thing…”

While he couldn’t reveal what that “one thing” is, it certainly will be interesting to see the ending when Halloween Ends is finally released in October. Meanwhile, David Gordon Green did talk about how John Carpenter and Jamie Lee Curtis are both involved with the way this upcoming installment will wrap up their new trilogy.

“I speak wth John [Carpenter] and Jamie Lee Curtis regularly about it,” says Green. “It’s exciting, uncertain, satisfying and sad. I’ve enjoyed the ride but it’s probably time to get off. I think we’re gonna go out with a bang.”

As such, we’ll just have to wait and see how this next thrilling installment turns out. David Gordon Green does say, “if our second film was free-for-all, violent chaos, this is a more intimate, atmospheric conclusion.” Bring it on.