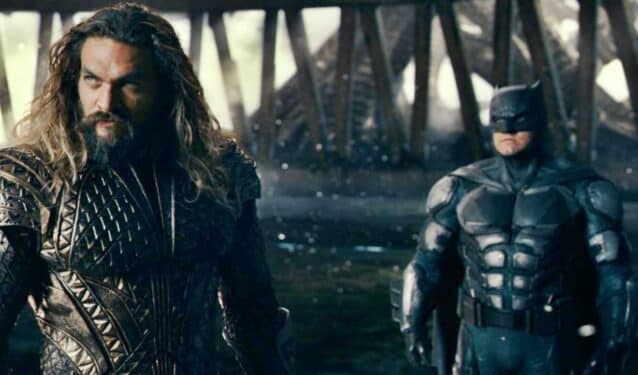 There have been a number of interesting reports regarding the upcoming film Aquaman and the Lost Kingdom. Many of these reports circulated around how much involvement Amber Heard would have with the film. Furthermore, we’ve had several release date changes that have now pushed the film to a December 2023 release. In addition, it was revealed that Michael Keaton was removed from the film, with Ben Affleck replacing him as Batman. Now a new report suggests his role has been taken a step further – with Ben Affleck being made into a supporting character for Aquaman and the Lost Kingdom.

As noted via DC scooper Syl Abdul, the film appears to be undergoing massive rewrites. He previously broke the story that Ben Affleck would be appearing in Aquaman and the Lost Kingdom in the first place – so this is an interesting addition to that previous announcement. Specifically, the “major script rewrite” will open up many “ramifications” for the film’s characters. A few of these changes could be made to Amber Heard’s character Mera. And, while that does seem like a reasonable possibility, it’s his mention of Ben Affleck that should have fans surprised.

He explained that Ben Affleck would actually have a much larger role in the film based on the rewrites. This means he’d no longer be making a cameo. His take on Batman would become an actual supporting character for the Aquaman sequel. As he stated:

This use of Ben Affleck’s Batman will likely prepare the character for the future of the DCEU. It’s been previously stated that there is a ten year plan in place. Between this film and the upcoming Black Adam movie – we should see the beginnings of this new plan very soon. As such, stay tuned to ScreenGeek for further updates as we have them.

Audiences can currently expect Aquaman and the Lost Kingdom to be released late next year on December 25, 2023.