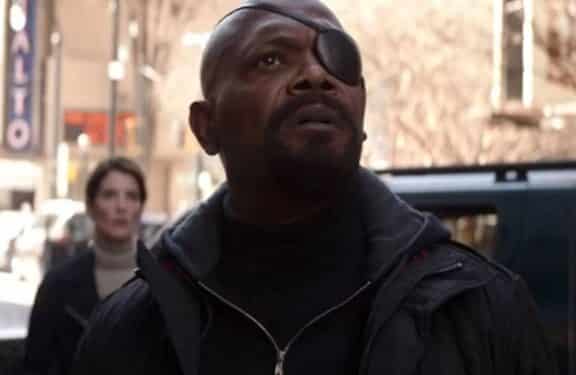 It’s been a few years and a number of projects since the hit MCU film Avengers: Infinity War was released. The massive blockbuster not only set the stage for its direct follow-up, Avengers: Endgame, but the post-credits scene also assisted with introducing Brie Larson’s Captain Marvel. Now fans have been looking back at Avengers: Infinity War and it appears they’ve located a major Pixar Easter egg.

Many Marvel fans know that Samuel L. Jackson not only plays Nick Fury throughout the Marvel Cinematic Universe, but he also played a role as the superhero Frozone in The Incredibles. His performance in said animated film has become just as memorable and beloved as most of his other iconic roles. So memorable, in fact, that Marvel Studios appears to have snuck in a Pixar Easter egg during Nick Fury’s appearance. Fans who pay attention will notice a helicopter crashing in the background of Nick Fury’s scene.

As it turns out, the helicopter crashes in the same exact manner as a helicopter in The Incredibles. One that happens to be in the background of Frozone’s hilarious scene where he asks for his super suit.

Here it is below, with the two sequences synced up for good measure:

The Incredibles takes place in the Marvel Multiverse confirmed ??? pic.twitter.com/Q8Mzhfnz1d

Indeed, seeing these two moments synced up is quite eerie and hilarious at the same time. It goes to show just how much fun one can have when making a movie – even if it’s on a scale as huge as Avengers: Infinity War. Furthermore, for such a moment to go unnoticed for several years now, it’s certainly a great sign to pay more attention to these films and see what else might be uncovered.

If this makes fans eager to watch The Incredibles or Avengers: Infinity War yet again – both films are currently streaming on Disney Plus. Meanwhile, Samuel L. Jackson will return as beloved MCU character Nick Fury in the upcoming Disney Plus series Secret Invasion. This film will catch up with his character and shed some light regarding his recent history. As for The Incredibles, it seems much less likely we’ll be revisiting that story any time soon. But who knows? After all, many fans never expected The Incredibles 2 to happen.