Brie Larson Hits Back At MCU Trolls With New Photos 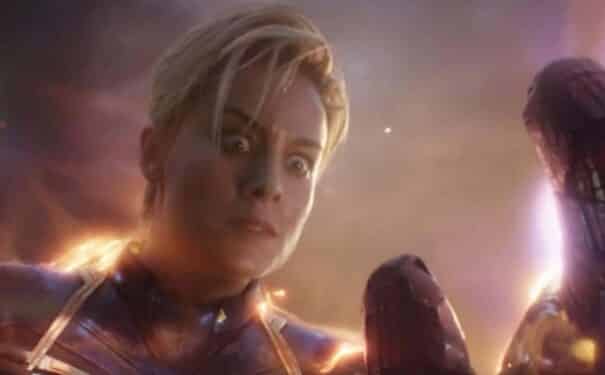 As fans have probably noticed at this point, the internet has become a toxic place for many franchise stars. This includes Brie Larson who has been at the center of backlash ever since she first appeared as Captain Marvel in the MCU. Now, with her follow-up project The Marvels on the way, Brie Larson has taken the opportunity to bash internet trolls that have targeted her and her co-stars.

As you can see below, Brie Larson targeted trolls with a caption that states simply, “*trolls combust.*” The photos that the caption are attached to, however, merely include a photoshoot with Brie Larson, Iman Vellani, Teyonah Parris, and The Marvels director Nia DaCosta.

In the second photo especially, however, it’s easy to notice the intense stare given by everyone pictured. And, considering the caption, it seems to be a somewhat meta reference to everyone who tend to criticize the women involved.

With that in mind, however, it’s clear that we’ll still be seeing these stars for the time being. So, while they might be targeted by trolls and backlash, everyone is still doing their best to deliver quality Marvel products. And one can only hope that The Marvels will continue that streak.

The upcoming MCU film The Marvels will be directed by Nia DaCosta from a screenplay written by Megan McDonnell.

The film stars Brie Larson as Carol Danvers aka Captain Marvel, Iman Vellani as Kamala Khan aka Ms. Marvel, Teyonah Parris as Monica Rambeau, and Samuel L. Jackson as Nick Fury. The film’s cast also includes Saagar Shaikh, Zenobia Shroff, and Mohan Kapur who will be reprising their roles from Ms. Marvel. Meanwhile, Zawe Ashton has been cast as a villain in the film with Park Seo-joon in an undisclosed role.

Fans will be able to view The Marvels when it hits theaters on July 28, 2023. Meanwhile, fans can still catch up with Captain Marvel and Ms. Marvel which are both currently streaming on Disney Plus.