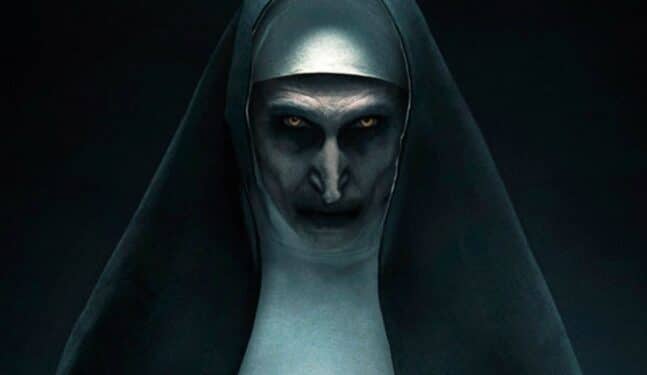 It’s taken some time to get off the ground, but The Nun 2 is finally picking up steam. Fans have been anxious for the next installment of the Conjuring franchise to come around. After a number of spin-offs including a trilogy of Annabelle films, it seemed unclear which direction the franchise would take after The Conjuring: The Devil Made Me Do It. Now it’s since been announced that The Nun 2 would be the next installment in the series. Furthermore, it’s just been revealed that Euphoria actress Storm Reid has joined the cast of The Nun 2.

As revealed via THR, “Storm Reid, who appears opposite Zendaya in Euphoria, has nabbed a lead role in The Nun 2, the sequel to the surprise 2018 hit that makes up part of New Line’s collection of horror movies known as The Conjuring Universe.” This is certainly an exciting bit of news – especially considering the success of Euphoria. This means The Nun 2 is already shaping up to be a worthwhile successor to The Nun and the other Conjuring films.

Storm Reid has been cast as the lead in ‘THE NUN 2’.

While we’re still waiting for other updates regarding the film, such as plot details, we do know it’ll be set in the 1950s. And, as you can guess, the titular Nun aka Valak will be returning yet again. Hopefully we’ll have other details soon, especially now that the casting process is underway.

Michael Chaves, director of The Curse of La Llorona and The Conjuring: The Devil Made Me Do It, will be directing The Nun 2. The screenplay was said to have been written by Akela Cooper.

In addition to Storm Reid, Bonnie Aarons will once again play the titular nun aka Valak. As for Sister Irene, she’ll once again be played by Taissa Farmiga, who will also be reprising her role from The Nun. Hopefully we’ll have further cast announcements soon.

Fans will finally be able to see The Nun 2 following its theatrical release date on September 8, 2023. Stay tuned to ScreenGeek for additional updates on this highly-anticipated horror film project as we have them.