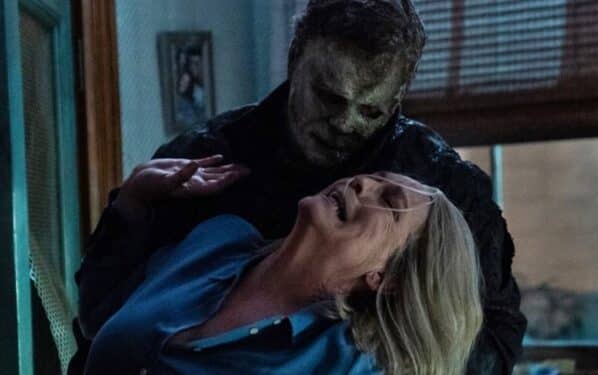 The final fight between Laurie Strode and Michael Myers has been teased in the final trailer for Halloween Ends. After Jamie Lee Curtis spent most of Halloween Kills recovering from her fight in the 2018 film, she’ll be back to fight Michael Myers herself this time around. The two first went head-to-head in the 1978 original film, where Laurie barely managed to survive his attack against her and her friends. Now, after several other sequels brought them back together over the decades, this new film is said to be the last of these films.

Furthermore, this new Halloween entry appears to have an even deadlier Michael Myers. Fans will notice quite a few kills teased throughout the trailer. And, with each one, Michael appears to be at the top of his game.

For fans that have been eager to see the finale of David Gordon Green’s trilogy, this certainly looks like it’ll deliver the goods.

The film will be available to view next month in October. This means we won’t have much longer to see how this final film pans out. Whether or not this will be the final Halloween film altogether remains to be seen, but rest assured, Michael Myers is an icon of the genre. There’s no way he’ll be gone forever. In the meantime, however, this does look like it’ll be the last time he’ll face off against Laurie Strode – so let’s hope it delivers on that front.