‘Stranger Things’ Caleb McLaughlin Opens Up About Racism From Fans 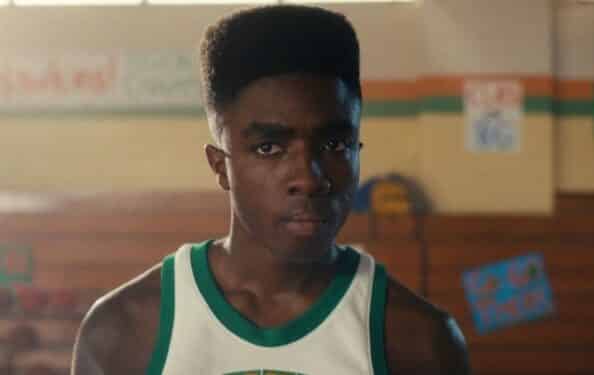 The Netflix series Stranger Things has been around for quite a few years now. As such, many fans have witnessed the young cast of the series grow up from children to young adults. And, while the actors have no doubt had a great time since then, there are still some unfortunate situations that many of the actors have endured. For actor Caleb McLaughlin, who portrays Lucas, he faced racism not long after Stranger Things first premiered.

As fans know, Netflix’s Stranger Things became a massive hit. And, furthermore, it’s only grown in popularity with each additional season. This can be a lot for the young cast members to handle. And for Stranger Things star Caleb McLaughlin, he had to cope with racial abuse. He explained as much while speaking during a Q&A session via Heroes Comic Con Belgium.

Here’s what he had to say about the unfortunate experience:

“It definitely took a toll on me as a younger kid. My very first Comic-Con, some people didn’t stand in my line because I was Black. Some people told me, ‘Oh I didn’t want to be in your line because you were mean to Eleven [Millie Bobby Brown].’ My parents had to be like, ‘It’s the sad truth, but it’s because you’re the Black child on the show.’ I thought Wow, that’s crazy. Because I was born with this beautiful chocolate skin I’m not loved, but that’s why with my platform I want to spread positivity and love because I do not want to give hate back to people who give hate to me.”

While there is certainly more exposure for minorities when it comes to the entertainment industry these days, there’s disappointedly still plenty of hate. Especially with the internet – it seems like there’s always someone who has something negative to say about a person’s race or otherwise. But hopefully with the right amount of exposure – these instances will continue to drop. In the meantime, it’s great to see that Caleb McLaughlin has still managed to become a beloved part of the Stranger Things cast. And, as a result, one can only hope he’ll continue to receive great roles in the future.