‘Bones And All’ Trailer Features A Cannibalistic Timothée Chalamet 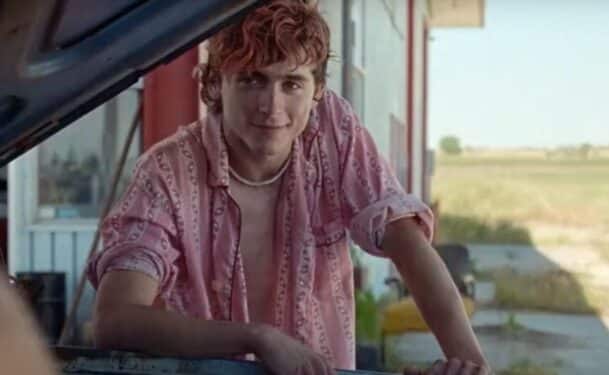 The horror genre can often be the perfect place for a romance film. This is evident in the newly-released trailer for Bones and All, a film that features actor Timothée Chalamet as a cannibal who falls in love with someone who likewise shares his deadly tastes. There have been a few teasers and images revealed thus far – but this new trailer sheds an all-new light on the project.

As you can see below, romance isn’t the only thing that this film has to offer. There’s plenty of gore and violence – all at the center of Timothée Chalamet’s character Lee and his love interest, Maren, played by Taylor Russell. The film has received plenty of praise at its recent festival premiere. And, judging by the way this trailer looks, it’s hard not to see why.

Here’s the Bones and All trailer:

Fans won’t have long to wait for the film to hit theaters, either. The project will be released this November. As such, it’s likely we won’t have any other massive looks at the film before then – but this trailer should certainly be enough to hold any excited horror fans over. In fact, the film’s director previously directed the fan-favorite remake of the cult classic film Suspiria. So, with that project under his belt, this certainly looks like it could live up to it. Horror fans should be pleased.

The film was directed by Luca Guadagnino from a screenplay penned by David Kajganich. Camille DeAngelis wrote the novel on which the film is based. Taylor Russell, Timothée Chalamet, and Mark Rylance star in the film. The cast also includes Michael Stuhlbarg, Jessica Harper, and Chloë Sevigny.

Fans will be able to see Bones & All in select theaters on November 18, 2022 before it hits everywhere this Thanksgiving. Stay tuned to ScreenGeek for any additional updates as we have them.