What Ryan Reynolds & Hugh Jackman Said In That ‘Deadpool 3’ Video 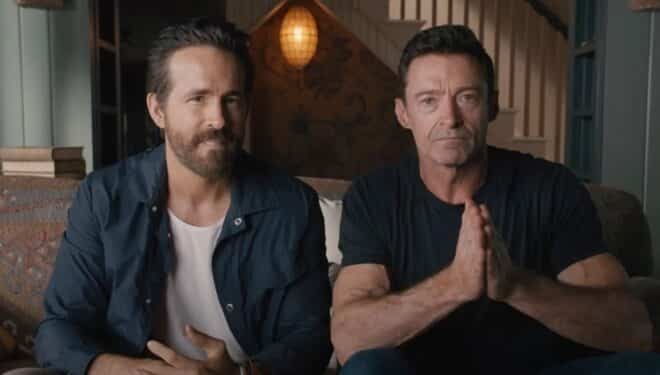 The news recently broke that Hugh Jackman would have a role in Deadpool 3 alongside Ryan Reynolds. This delighted fans to know that not only would Hugh Jackman be back for one more round as Wolverine, but that he’d do so with a much better version of Deadpool. As fans know, the last time the two characters met happened in the 2009 film X-Men Origins: Wolverine. The film steered the Deadpool character into a wildly different direction than fans were hoping for. Now Deadpool 3 should fix those issues when it reunites Ryan Reynolds and Hugh Jackman. Of course, fans still have plenty of other questions.

So, as you can see below, Ryan Reynolds and Hugh Jackman took the time to put together a little video. The two actors hilariously explain the plot of Deadpool 3 in a way that you wouldn’t expect.

While they begin by explaining the time periods in which the films are set, such as Logan taking place in 2029, things get off the rails pretty quickly. Someone decided to make a “lip reading” version of the video – and now you can actually get an idea of what they are saying.

Here’s the video with the lip reading:

We still have a few years before Deadpool 3 finally gets released. With that in mind, it’ll probably be awhile before we actually have real questions answered. But it’s nice to know that they’re acknowledging the existence of Logan and how this film won’t interfere with that storyline. In any case, let’s hope that we’ll still get other details soon following this exciting announcement.

Fans can expect to see Deadpool 3 in theaters on September 6, 2024. Stay tuned to ScreenGeek for any additional updates as we have them.