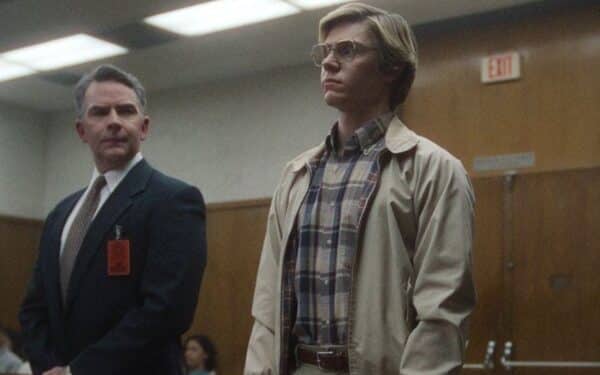 The new Netflix series Dahmer – Monster: The Jeffrey Dahmer Story has put the real-life serial killer back on everyone’s minds. With so many people discussing Dahmer and his horrible crimes, and whether or not the Netflix series paid any respect to his victims, the actual reporter who broke the story of Dahmer has come forward. Former Milwaukee crime reporter Anne E. Schwartz, as you can see below, opened up about her thoughts at the time Jeffrey Dahmer was arrested – and what the Netflix series got wrong.

The former reporter explained as much while speaking with The Independent about Dahmer. It appears that, while many Netflix viewers are thinking, “‘Oh my God, this is terrible,'” Schwartz wants them to remember “it didn’t necessarily turn out that way.”

Here’s what Anne E. Schwartz specifically stated on the matter:

“When people are watching Ryan Murphy’s Netflix series and saying, ‘Oh my God, this is terrible.’ I want to tell them it didn’t necessarily turn out that way.”

She also commented on entering Dahmer’s apartment after receiving a tip that human body parts were discovered there:

“I was a crime reporter for five years so I know what it smells like when you walk into a building with a dead body or a decomposing body. This was not that. This was a very chemical smell,” she noted.

Schwartz also discussed the depiction of law enforcement officials as racist and homophobic. She’s communicated with many of the officials involved with the Jeffrey Dahmer case over the many decades, especially as she’s written the 1992 book The Man Who Could Not Kill Enough: The Secret Murders of Milwaukee’s Jeffrey Dahmer and a revamped 2021 version titled Monster: The True Story of the Jeffrey Dahmer Murders. Here’s what she had to say on that front:

“I’ve spent a lot of time with them, interviewing the people who were at the scene. Again this is a dramatization, but at a time when it is not exactly easy for law enforcement to get trust and buy in from the community, it’s not a very helpful representation,” she explained.

“In the first five minutes of the first episode you have Glenda Cleveland knocking on his door. None of that ever happened,” Schwartz says. “I had trouble with buy-in, because I knew that was not accurate. But people are not watching it that way, they’re watching it for entertainment.”

Anne E. Schwartz ultimately believes that Milwaukee is “absolutely done with hearing about the case.” Furthermore, she states that the “people in Milwaukee think this is a horrible blemish on the city,” before adding “they don’t want people to think about it.” Indeed, people related to the victims of Jeffrey Dahmer have emphasized their disappointment with the series and how it handles both the real-life events and fails to compensate anyone directly involved.

The new biographical series Dahmer is currently available to stream on Netflix. Stay tuned to ScreenGeek for any additional updates as we have them.