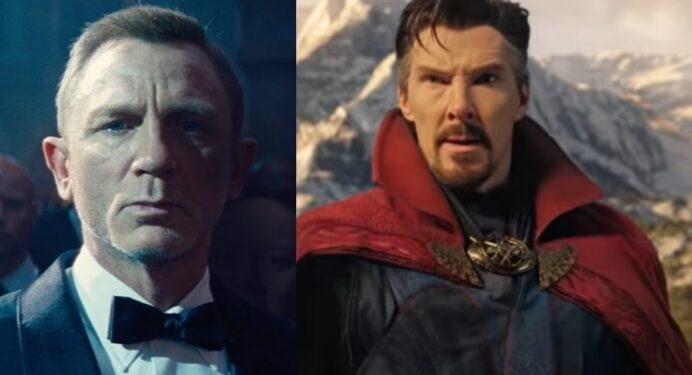 The Marvel Cinematic Universe film Doctor Strange in the Multiverse of Madness promised plenty of surprises for comic book fans. Many of these surprises came in the form of Earth-838’s Illuminati, an elite group of superheroes which revealed both familiar and exciting faces. One such character that was almost part of the Illuminati, however, was none other than Thor’s own brother Balder the Brave. In fact, this character was set to be played by fan-favorite actor Daniel Craig. While Daniel Craig ultimately couldn’t do the film due to the COVID-19 pandemic, a new image reveals what his Doctor Strange 2 appearance would’ve looked like.

As you can see below, Doctor Strange 2 concept artist Darrell Warner shared an image of Daniel Craig as Balder the Brave.

The character clearly has Asgardian influences, which includes a familiar-looking suit of armor, and it’s no doubt a disappointment that we couldn’t see him in live-action.

It’s clear that Darrell Warner also feels this way. After all, he wrote in the image’s caption that it’s a “shame this character went no further than this watercolor.” And, while that might be the case, it’s still great to see what Craig could’ve looked like as Balder the Brave. And who knows? Perhaps we’ll have another opportunity to explore the Multiverse and see Daniel Craig as Balder the Brave in the future. As always, fans can stay tuned to ScreenGeek for any updates as we have them.

The incredibly-wacky Marvel Cinematic Universe film is currently available to stream on Disney Plus. Doctor Strange in the Multiverse of Madness is also available on DVD, Blu-ray, and 4K UHD home video formats.