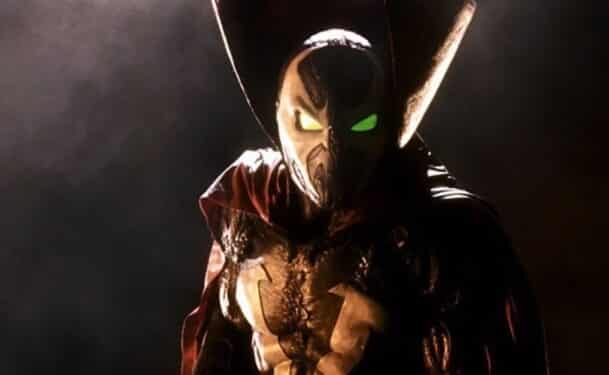 Todd McFarlane has been developing a new Spawn adaptation for years now. While it looked like the project lost its momentum, that seems to have now changed, especially with a new announcement. It’s been revealed that Joker writer Scott Silver will be teaming up with Captain America: New World Order writer Malcolm Spellman and newcomer Matt Mixon to write the new screenplay for Spawn. And, in addition to the newly-announced Spawn writers, Jamie Foxx is still attached to star as the titular character.

As further noted in the announcement shared by THR, “McFarlane had been eyeing the director’s chair, and wrote a previous draft of the script.” Of course, this was McFarlane’s position for the prior iteration of the project which started in 2017 with Blumhouse. Now “the comic book writer and artist acknowledges he may not be the right person to direct, particularly now that some of the highest profile writers in the comic book movie space are involved.” So, with that in mind, we might see someone other than Todd McFarlane step into the director’s chair.

Here’s what he had to say on that front:

“If we’ve got an A-list actor, A-list producers, A-list writers, then do you want to shoot for A-list directors, A-list cinematographers?” McFarlane questioned. “The answer is, ‘Of course.’ Let’s keep the momentum going.”

Writer Malcolm Spellman shared a similar statement, explaining how Spawn was always one of his favorite superheroes.

“I grew up in Berkeley, which is a comic book city. Todd McFarlane’s Spawn character was always one of my favorites — a Black superhero that was no bullshit, he was cool and dealt with modern issues,” he began. “Myself, Matt Mixon, and Scott Silver are pledged to honoring what Todd started and what Spawn is at its core, delivering something that’s relevant and edgy and unlike any other superhero movie out there.”

It’s certainly been fascinating to see how this Spawn adaptation has changed and developed over time. Now that a team of highly successful writers are attached to the new Spawn film – it’ll be exciting to see what happens next. It’s been previously suggested that Hawkeye actor Jeremy Renner was also attached for a role – though it’s unclear if he’ll still be connected with the new iteration of the project.

Hopefully we’ll have more details regarding the involvement of future cast and crew soon. As such, fans can stay tuned to ScreenGeek for any addition updates as we have them.