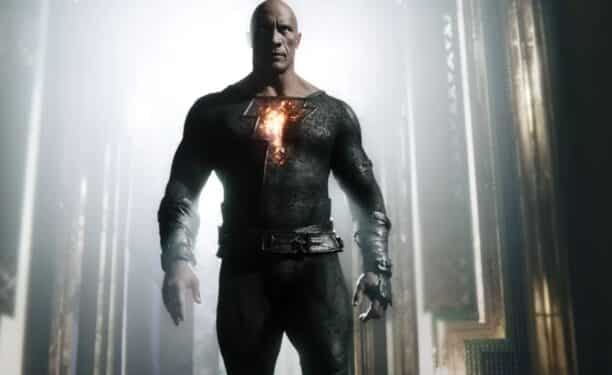 The DCEU is returning to theaters later this month with the upcoming DC film Black Adam. Fans are excited to see the flick which stars Dwayne Johnson as the notorious antihero. However, it looks like some fans have already seen a little too much of the film ahead of its release date. It turns out that the post-credits scene for Black Adam has leaked online. But be warned – there are spoilers below.

As noted by Variety, the post-credits scene for Black Adam has been shared on a number of different social media platforms. This includes both Twitter and TikTok. Furthermore, Twitter confirmed to Variety that they’re “removing the content in line with our rules,” referring to copyrighted material, with TikTok having shared to them a similar statement. This does seem to indicate the validity of the leak – which is quite massive considering the film is still about a week away from hitting theaters.

Now, as for the actual deleted scene, it does include a massive moment that DC fans have been hoping for. Many have speculated that Warner Bros is secretly planning to bring back one of the DCEU’s biggest stars to the forefront. And, after years of uncertainty, this leak confirms it. Here’s how the footage is described:

“Henry Cavill as Superman, stepping out from a veil of smoke, confronts Johnson’s Black Adam and says, ‘It’s been a while since anyone’s made the world this nervous.'”

It’s a moment that’s clearly intended to introduce a sequel where Black Adam and Superman battle one another. Dwayne Johnson has previously indicated his desire to be in such a film. And, with fans pestering him for the same reason, many have wondered whether or not it would actually happen. Now we know. As for how this impacts the film nearly a week ahead of its release, however, remains to be seen.