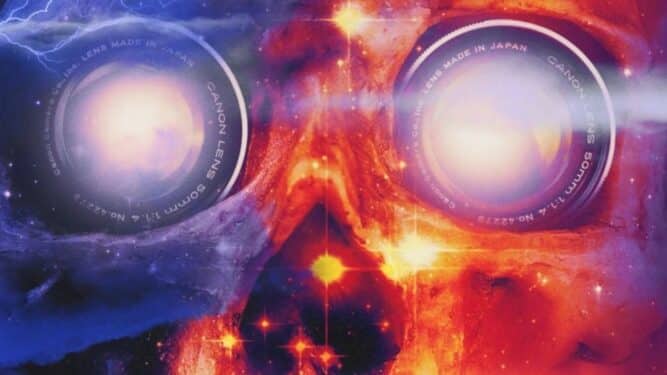 The first V/H/S film was released a decade ago in 2012. Since then we’ve had several continuations, a 2015 spin-off film titled Siren, and even a 2018 miniseries titled V/H/S: Video Horror Shorts which debuted on Snapchat of all places. It was last year’s V/H/S/94, however, that brought the main films of the brand back into the spotlight following 2014’s V/H/S: Viral. This new sequel happened to be the jolt the series needed to get back on its feet. In fact, its premiere on Shudder was so successful, that another sequel titled V/H/S/99 was quickly pushed into production. And, excitingly enough, this anthology horror film is here just in time for the Halloween season. Now let’s see how V/H/S/99 compares to its predecessors.

Fans of this franchise, and the anthology format in general, are well-aware that these films are often a mixed bag. For every great segment you might have to endure another, if not several other, less-than-great vignettes. It’s just something that comes with the territory. With this film, however, every segment is so fast-paced and brimming with blood or tension that it’s hard not to be entertained. In fact, the film never ceases to jump from one energetic display of 1990’s nostalgia to the next. This is even evident with the film’s wrap-around sequences. While past V/H/S films have attempted to tie their vignettes together with a strained storyline of sorts, this film simply finds the time to have fun with the formula. It’s quite simple – we’re treated to an unknown character’s homemade stop-motion animations until their videos lead us into one of the later segment’s of the film. It’s enough to have fun with the structure and throw in the VHS-era aesthetics that one would expect from something with this particular title.

The film’s first segment, appropriately-titled “Shredding,” is a throwback to the classic MTV era of punk rock. It’s an easy setting given the 1999 time period. But this segment knows how to give its viewers exactly what they want. Especially with music video director Maggie Levin at the helm. A group of rockers, with their band named RACK, decide to hang out at a condemned underground music venue. It’s a cool location and setup, and it certainly could have made a good feature on its own. Of course, the vignette doesn’t have the time to go into world-building or greater details. Sooner rather than later, the undead band Bitch Cat bloodily seeks vengeance against RACK for desecrating their resting place. It delivers most of the goods with enough blood and gruesome visuals to keep you invested. Just don’t expect anything majorly innovative with the concept.

Luckily, however, the next segment moves into somewhat more psychological territory. “Suicide Bid,” written and directed by Johannes Roberts, places viewers into a coffin with a young freshman. The poor girl, named Lily, hopes to join an elitist sorority. Their plans to haze her, as you can imagine, include burying her alive. It’s a scary concept and one that’s been used to create quite a few horror stories across the ages. However, Roberts finds just enough ways to keep viewers guessing what will happen next, with each twist and turn increasing the anxiety of the situation. Once again, it isn’t exactly innovative, but it’s enough to keep viewers’ eyes attached to their screens.

We’re next led into “Ozzy’s Dungeon,” a segment that parodies the children’s television gameshows of past decades. This segment was directed by Flying Lotus of Kuso fame. And, as one might expect, it gradually becomes quite uneasy to watch. But when you’re indulging a film that’s dedicated to the VHS format, perhaps something uneasy is what you want. There’s an extreme griminess to this segment that’s preceded by its light-hearted and nostalgic recreation of children’s television. With the year 1999 in mind, it’s enough to elicit some positive nostalgia before making you gasp and turn your head away from the screen. This segment will have you constantly question what will happen next. It’s as if it keeps rolling past each logical conclusion point just to introduce some new terror from around the corner. And where it ends up, well, you’ll never see it coming.

Our wrap-around segments conclude with the introduction of “The Gawkers.” Tyler MacIntyre directed this segment which follows a group of restless teenagers. The young men aren’t unlike certain other groups we’ve seen before in the V/H/S franchise. They cause mayhem and spy on women not unlike the group of punks from the original V/H/S film’s wrap-around. Of course, in true V/H/S fashion, they find their comeuppance as a result. There isn’t much else to say here other than to expect some fun concepts and a few other surprises as the segment plays out.

At this point, we’ve finally reached the final segment of V/H/S/99 – “To Hell And Back.” This is without a doubt the highlight of the new film. Deadstream duo Vanessa & Joseph Winter have crafted a fascinating descent into literal Hell. There isn’t so much an emphasis on horror as there is fun with this vignette. With that in mind, there’s still plenty of gore and cool creature designs to admire as the story progresses. In the same way that the original film brought Hannah Fierman to the forefront as the monstrous Lily, or that last year’s V/H/S/94 created an icon with Raatma, this film gives us Melanie Stone as Mabel. She gives a particularly standout performance as a demon of sorts – and one that could have easily continued touring viewers through Hell. Because, sadly, this journey doesn’t last long. But it’s a truly creative and inspired take that will leave audiences wanting more. And perhaps that’s the best way to end a story.

V/H/S/99 doesn’t reinvent the wheel. Rather, it uses the wheel to crush bullies before leaving them spread across the pavement. This is an angry film that returns its viewers to the end of the 1990’s. It reminds us of a time period where technology boomed and so did society. So, at the cusp of 1999, we get to see into the past mindsets of the world – and just how dangerous they could be. Of course, at the end of the day, V/H/S/99 isn’t a particularly deep film. It’s a fun collection of morality tales that doesn’t skimp on the monsters or gore. So if you’re in the mood for nostalgia, bloodlust, and maybe even a little fun – V/H/S/99 has you covered.