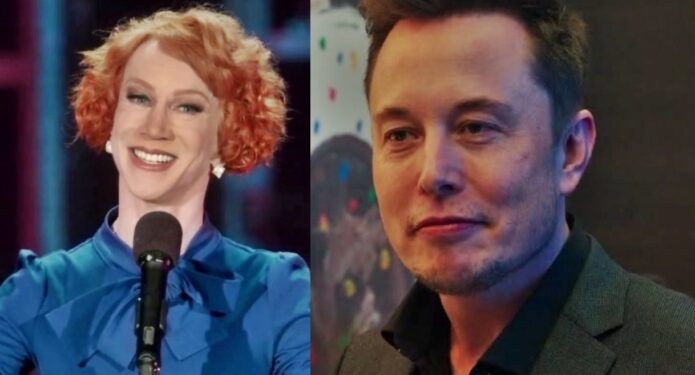 Kathy Griffin recently responded to Elon Musk’s Twitter takeover by impersonating the well-known billionaire. As a result, Twitter suspended her account. It all stated after she changed her profile name and picture to match Elon Musk’s – and then continued to ask her followers to “Vote Blue” for the upcoming midterm election.

As you can see below, her complete Twitter post was directed towards “complainers and activists.” She then asked if they wanted “to see real activism?” And, in order to do so, she instructed to “Watch this. RT w #VoteBlue.” It only took an hour before her account was suspended.

Kathy Griffin fucked around and quite promptly found out pic.twitter.com/ceFJAQKdj5

Elon Musk has yet to deliver a direct response to the situation with Kathy Griffin. He did, however, note that Twitter will be permanently suspending any accounts “engaging in impersonation without clearly specifying ‘parody.'” This follows after they used to only issue a warning before suspension. But with the new “widespread verification” feature, “there will be no warning.” It will “be clearly identified as a condition for signing up to Twitter Blue.”

Here’s his complete statement on that front:

Previously, we issued a warning before suspension, but now that we are rolling out widespread verification, there will be no warning.

This will be clearly identified as a condition for signing up to Twitter Blue.

It appears however that Kathy Griffin used her late mother’s account to get around the ban:

I knew Elon’s twitter would be wild but I never expected Kathy Griffin to get banned and then log into her dead mothers account to protest her ban pic.twitter.com/ku2MT6bjor

This incident follows not long after many other celebrities began leaving Twitter after Musk’s takeover of the popular social media platform. Although some of them, such as Amber Heard, did not give any reasons for their departure – it’s clear that the social media service will be quite different with Musk’s incoming updates. Whether or not it finds newfound success under his control, however, remains to be seen. But now we know that anyone willing to impersonate someone with their account and without labeling themselves as “parody” will be suspended from the platform.

Stay tuned to ScreenGeek for additional updates as we have them. For now, it looks like it’d be a good time to familiarize with Twitter’s terms and conditions if you’re sticking around.