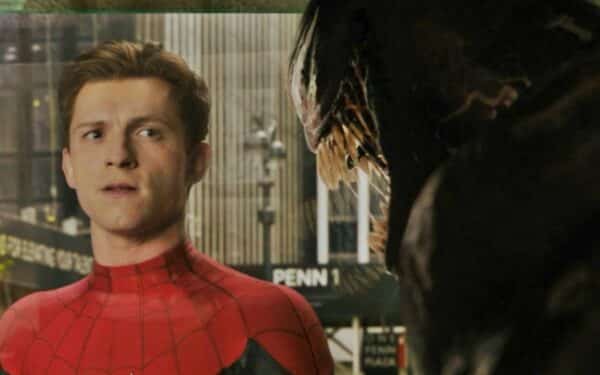 The Marvel Cinematic Universe has been gradually becoming more connected with Sony’s universe of Spider-Man characters. Unfortunately, however, Sony’s shared universe still lacks its own variation of Spider-Man. While the MCU has Tom Holland as Peter Parker aka Spider-Man for the time being, Sony has been focusing more on using classic Spider-Man villains like Venom and Morbius. A new report, however, suggests that Tom Holland nearly appeared in Venom before Marvel Studios blocked Sony from using him.

This report comes via Heavy Spoilers at YouTube. They explained that Tom Holland was reportedly prepared to make a cameo appearance in the film Venom. Of course, as mentioned, Marvel Studios kept Sony from using their iteration of the character. As such, the only version of Tom Holland we’ve seen in the Venom films so far is the Venom: Let There Be Carnage post-credits scene. In that sequence, Tom Hardy’s Venom is transported to the MCU, and he sees a short television broadcast regarding Peter Parker as played by Holland.

This was followed up in the post-credits scene for Spider-Man: No Way Home. Unfortunately, the character still didn’t have the chance to unite with Tom Holland’s Peter Parker. He’s instead drinking in a bar and learning about the MCU before being sent back to his own universe. Interestingly, however, a piece of his symbiote does get left behind. As such, it seems like we’ll still see some type of continuity develop between Sony’s films and the MCU. Such as what we’ve seen with Sony’s Morbius movie, where the post-credits scene confusingly included Vulture following his appearance in Spider-Man: Homecoming.

So far, the crossovers have been chalked up to “incursions” across the Multiverse within the MCU. This is what’s allowed for other similar crossovers such as those with Fox’s X-Men characters. It does seem like we’ll have more examples of this in the near future, of course, and with both Kraven the Hunter and Madame Web on the way – in addition to Venom 3 – we should learn more about their shared universe plans sooner rather than later.

Stay tuned to ScreenGeek for additional updates on the MCU and Sony’s shared universe as we have them. As for now, it’s certainly interesting to see how much earlier Tom Holland could’ve been utilized within the Venom franchise.