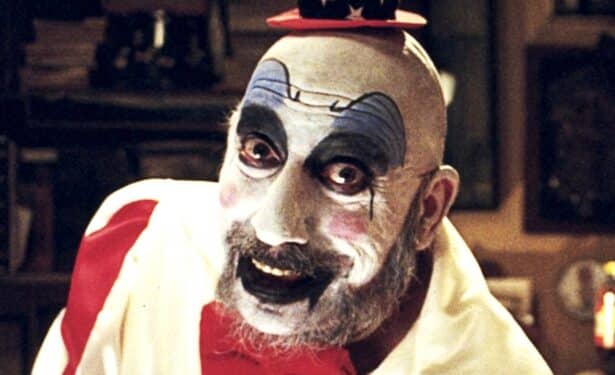 The 2003 horror film House of 1000 Corpses went through several rocky phases during production. In fact, director Rob Zombie began shooting the film during the late 1990s. He made the film for Universal at the time, but once they saw what he had created, they decided to shelve the film altogether. Additionally, several sequences were cut to appease the MPAA among other reasons. Sadly, these cut sequences appear to be missing with other bits of footage, including an alternate ending shot for House of 1000 Corpses. Now Rob Zombie has shared some photos from the ending that illustrate what could’ve been.

The photos, which have been shared on Rob Zombie’s Instagram account, feature Captain Spaulding’s truck. He uses this truck in the original ending to pick up final girl Denise, and according to some sources like IMDb, Spaulding’s own assistant Ravelli pulls Denise into the vehicle. Sadly, it’s unclear how exactly this scene would have played out on screen other than these rare images.

Here are the photos Rob Zombie shared from the original House of 1000 Corpses ending:

As Rob Zombie himself describes in the caption for the first photo, it’s a “super rare still of Captain Spaulding’s truck from the original ending of HOUSE OF 1000 CORPSES.” He continues to offer slightly more information for the second photo. In this particular caption, he notes that it’s “another rare HOUSE OF 1000 CORPSES original ending pic. Spaulding behind the wheel of his truck picks up a bloody, muddy Denise wandering down the road. This time Otis is not hiding in the back. Can you guess who was?????”

It seems like the ending could be different than described on IMDb. After all, it looks like Denise is willingly sitting next to Spaulding much like the ending we have now. As for who could be in the back of the truck, that remains unknown for now. While it could be Spaulding’s assistant Ravelli – it could also be Doctor Satan himself. And that, of course, would explain some of the eerie red glow. It’s certainly disappointing to see that the footage appears to be lost for good. But at least Rob Zombie has these photos to satisfy some of the curiosity from longtime fans.