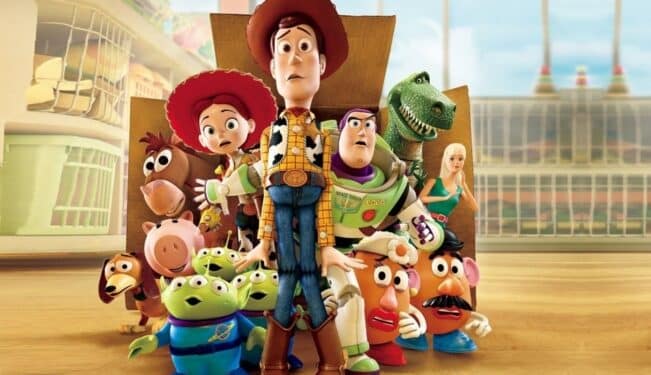 The Toy Story series has been considered one of the greatest animated film franchises of all time. While the films are incredibly popular for kids, there’s a fair share of adults that also enjoy the films and their charismatic cast of characters. With that in mind, it looks like fans are now arguing whether or not Toy Story 3 might’ve had a moment that was a little too inappropriate for children. Specifically, some TikTok users believe that Toy Story 3 actually includes a f-bomb during one small moment.

The moment occurs when Barbie has Ken tied up. She takes the opportunity to begin tearing his favorite clothes from his wardrobe. The character, voiced by Michael Keaton, expresses his emotions with a quick phrase that fans seem to have trouble deciphering. As you can see in the below video, fans can’t tell if Ken happens to yell, “Oh, Barbie!” or “Oh, fuck!” when she rips one of his vintage clothing items.

Of course, like the “#yannyorlaurel” situation noted in the video’s caption, there have been plenty of these circumstances in the past. As noted via The Digital Fix, which claims that Toy Story 3 doesn’t actually contain a f-bomb, this is actually a case of the McGurk Effect. They explain that this is a psychological phenomenon that “occurs when the brain is effectively tricked into hearing different things based on the visual information present.” This means that the captions pasted over the video are tricking viewers into thinking Ken is only saying one of those two specific phrases.

So, while it certainly would have been humorous, it can safely be said that Toy Story 3 doesn’t contain any f-bombs. Thus fans can go back to viewing the 2010 animated feature as innocently as they once did. Then again, Toy Story 3 is best remembered for being one of the most heart-wrenching entries in the saga. But perhaps that’s why these films mesh as well with adults as they do children.