Marvel Studios recently released a new teaser trailer for Phase 5 of the MCU aka the Marvel Cinematic Universe. 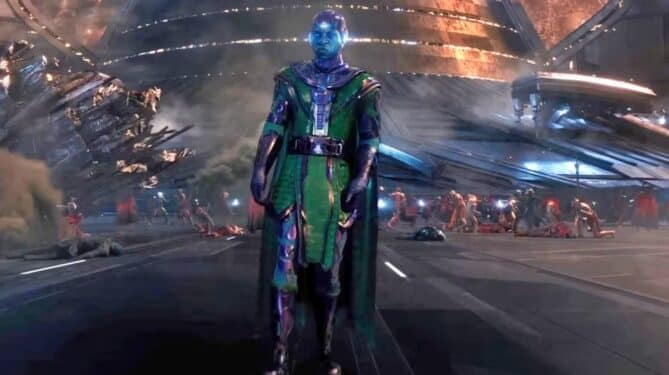 Whatever your opinion is on Marvel Studios’ Marvel Cinematic Universe Phase 4, it came, it went, and it geared up with what will be happening in Phase 5. Marvel Studios was filled with several movie and television projects to varying degrees of success. The last released in theaters movie was Black Panther: Wakanda Forever, followed by the streaming release of James Gunn’s Guardians of the Galaxy: Holiday Special. It looks like Marvel’s Official India account on Twitter gives us a glimpse of what to expect for MCU Phase 5.

The Twitter account dropped a video that showcased several projects from Marvel Studios Phase 4. Ant-Man & the Wasp: Quantumania has been on a marketing blitz to build the hype for the February 17th release. The film is featured heavily in the video, as well as a few shots of Samuel L. Jackson’s Nick Fury, which we can assume is the Secret Wars Disney Plus series.

The teaser starts with several vintage box televisions stacked on each other. The voice of Ms. Minute from Loki is heard before the TV’s start and display several MCU projects from Phase 4. There’s Doctor Strange and the Multiverse of Madness, She-Hulk, Shang Chi and The Legend of the Ten Rings, Ms. Marvel, and Moon Knight. The video expands the look of these shows and movies by adding a few more.

The Black Widow movie makes an appearance as well as Thor: Love and Thunder, Black Panther: Wakanda Forever, and even James Gunn’s Guardians of the Galaxy Holiday Special. The video’s transmission changes from Phase 4 to Phase 5, and we look at what’s to come.

The Secret Invasion series has several shots of Nick Fury, followed by Ant-Man & the Wasp: Quantumania movie. The project intercut with Guardians of the Galaxy Vol. 3 and season 2 of Loki, and the video goes from there. The footage eventually cuts the transmission.

Interrupting your regularly scheduled feed to bring you this important message – PHASE 5 signal has been intercepted! 🤩 pic.twitter.com/7Ni5OAfcI2

Marvel Studios typically releases these types of videos to build hype for their projects. Though the videos tend to be just small clips from MCU show and movies, it still gets the job done. More will likely come in 2023, and fans will be ready and waiting.

Tags: Ant-Man and the Wasp: QuantumaniaBlack Panther: Wakanda ForeverGuardians of the Galaxy Vol.3MarvelMCU
Leave Comment
No Result
View All Result