‘Ghost’ Remake In The Works From Channing Tatum

Channing Tatum recently said that he plans on doing a remake of the 1990 classic film 'Ghost'. 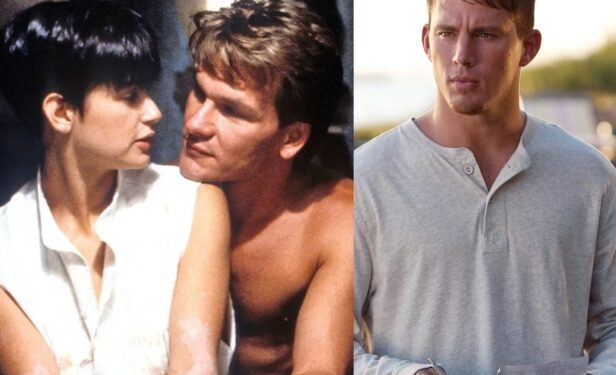 If you’re a 90s kid—and I mean before 1999—then you’re aware of the Patrick Swayze, Demi Moore, and Whoopi Goldberg supernatural romantic film Ghost. The movie did gangbusters when released and even garnered an Oscar for Goldberg for Best Supporting Actress and Best Screenplay for Bruce Joel Rubin. The cultural relevance has been felt on the internet with many memes that circle the famous intimate pottery scene from the movie. It’s the kind of Hollywood film that doesn’t deserve a remake, but Channing Tatum is changing that notion.

It’s been revealed that Tatum’s production company, Free Association, has bought the rights to the fantasy drama Ghost. The actor and producer plan on remaking the film and might star in the project. The news came from Vanity Fair when the publication spoke with Tantum.

“We have the rights,” Tatum states. The actor continues, “Yeah, we have the rights to ‘Ghost.'” Yet, Tatum added a little more information on how the project may go. “But we’re going to do something different,” the actor added, referring to changes he plans to make to the original film’s harmful stereotypes.

Ghost was directed by Jerry Zucker, whose works include Airplane and Top Secret! — a far different than the 1990 movie starring Swayze, Moore, and Goldberg. The movie also featured Tony Goldwyn, Vincent Schiavelli, and Rick Aviles closing out the cast. I remember watching this movie as a kid, and it was an emotional ride, and I recommend it to anyone curious about the cultural impact Ghost had when first released.

For those not in the know, here’s what Ghost is all about:

Ghost revolves around Sam West (Swayze), a murdered banker whose spirit refuses to move on until his girlfriend, Molly Jensen (Moore), is warned about the person who killed him. To help get his message to Molly, Sam contacts the medium Oda Mae Brown (Goldberg), who can hear Sam and be his point of contact in the living world.

The movie did well at the box office, making $505 million worldwide against a $22-$23 million budget, and was the highest-grossing film of 1990. However, we’ll have to see if Tatum’s take on the movie will earn the same fame as the original Ghost when production begins.