It's been revealed that Maya Rudolph has become the spokesperson replacement for M&M's following backlash regarding their candy characters. 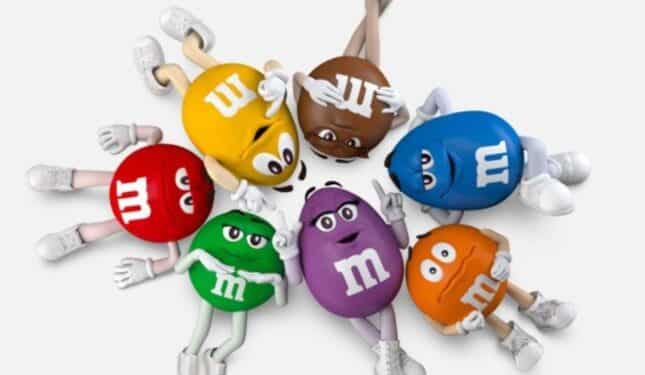 The M&M’s candy brand has faced several examples of backlash over its fictional candy spokespersons in recent years. Now they’ve come up with a decision to solve the problem – they’ve simply replaced them with a new spokesperson. Now Maya Rudolph will represent M&M’s going forward.

This was confirmed in a statement from the official M&M’s Twitter account. Their statement, as you can see below, notes that “even a candy’s shoes can be polarizing.” So their only solution seemed to be “an indefinite pause from the spokescandies.”

“America, let’s talk. In the last year, we’ve made some changes to our beloved spokescandies. We weren’t sure if anyone would even notice. And we definitely didn’t think it would break the internet. But now we get it – even a candy’s shoes can be polarizing. Which was the last thing M&M’s wanted since we’re all about bringing people together,” their statement begins.

“Therefore, we have decided to take an indefinite pause from the spokescandies. In their place, we are proud to introduce a spokesperson America can agree on: the beloved Maya Rudolph. We are confident Ms. Rudolph will champion the power of fun to create a world where everyone feels they belong.”

A message from M&M’S. pic.twitter.com/EMucEBTd9o

Of course, readers will notice that the “spokescandies” are still pictured at the bottom of the image. Nevertheless, it looks like Maya Rudolph will be carrying the face of the brand going forward. Fans can expect to see her in an upcoming Super Bowl campaign for Super Bowl LVII on Sunday, February 12. Though it’s unknown if we’ll see her continue as the spokesperson past that. We’ll just have to see what happens. But an “indefinite pause” certainly suggests some major changes going forward either way.

Much of the backlash against the traditional spokescandies began when M&M’s decided to make their characters more inclusive. For example, they created the first female Peanut M&M with the Purple M&M voiced by Amber Ruffin. Next, they changed the design of the Green and Brown M&M characters to have sneakers instead of heels. It’s decisions like these that triggered internet users, among other individuals, such as Fox News host Tucker Carlson who complained that the Brown M&M was no longer “sexy.”

As such, we’ll have to see how fans respond to the introduction of Maya Rudolph. And, of course, whether or not it will involve more backlash against the iconic candy brand.