It appears that alleged DMs from Rick and Morty creator Justin Roiland reveal a disturbing conversation he had with a minor. 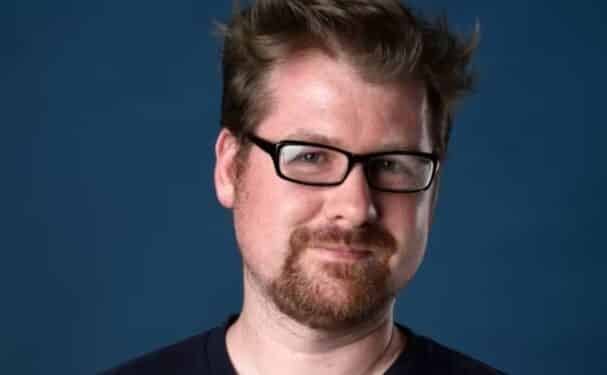 Rick and Morty co-creator Justin Roiland was recently hit with several domestic violence charges. And, despite denying these charges, he’s now facing other allegations. Specifically, a series of leaked DM’s have revealed a disturbing conversation between Justin Roiland and a minor.

As shared below, an alleged series of Twitter messages from Justin Roiland were shared online. The messages were first released on January 15 before they went private. Of course, others have reposted the same screenshots online.

The original screenshots were shared with the following caption explaining the story:

“On September 2015 Justin Roiland followed me on twitter, I was 16. Of course I was so excited because I loved R&M at the time!” they wrote. “So I messaged him first and we started talking every now and then, some of it very casual but some parts were 100% weird.”

Some of the alleged DMs from Justin Roiland included slurs and other horrible statements made toward the aforementioned minor:

Many of his tweets even called the minor “jailbait,” and suggested that she should “grow older” so that she could start “cam whoring.”

This shit is insane 💀💀💀 pic.twitter.com/U60HuUYQkc

As these allegations have now come to light, many others are sharing their own accusations. One such user also shared their own alleged conversation with Justin Roiland. The messages appear to have included the following question from Roiland:

“Are you going to get Morty tattoo’d on your boob licking your nipple? If not you, then who?”

From my personal collection. pic.twitter.com/jv0vczWBJr

Here’s another allegation from a user that claimed Justin Roiland used a friend named “Christy” to reach her. She believes that Christy “works/worked as a predatory scout for him” and that she looks for “young girls who looked a certain way” so they could have “threesomes for herself and Justin.”

typed this up on fb after finding yet another person who roiland was sexually inappropriate with. (1/4) pic.twitter.com/t3VrMcdL1k

Overall, many users are alleging that Justin Roiland was using his position in the animation industry to sexually exploit people including minors. Other screenshots were shared to support these allegations:

This was literally his response to me telling him about my childhood sexual trauma. At the time he was drunk and we were just getting to know each other. In context with all the other information about him out there now – yes he is a fucking insane creep pic.twitter.com/5r4v5CQOAG

One Twitter user even brought up a podcast that had Justin Roiland appear in 2011. While appearing on The Grandma’s Virginity Podcast, Roiland shared the following disturbing statements:

“If I could go back and be a fourth-grade kid right now with what I know, oh my god, I’d be like – I’d be gettin’ laid every f*ckin’ day. And it would be, and it would be legal too because I would be a little kid.”

At another point, he also discussed minors with “fully developed bodies”:

He then offers the following defense:

“100 years ago, it was little 13 year-old-girls, if they were built like a woman, they were gettin’ married and having kids! And now we’re gonna be all precious about it?”

As for his conclusion, however, he has this to say:

“So anyways, I’m not a pedophile, though.”

As such, we’ll have to see what impact this has on Justin Roiland and his current status in the near future. Stay tuned to ScreenGeek for any additional updates as we have them.