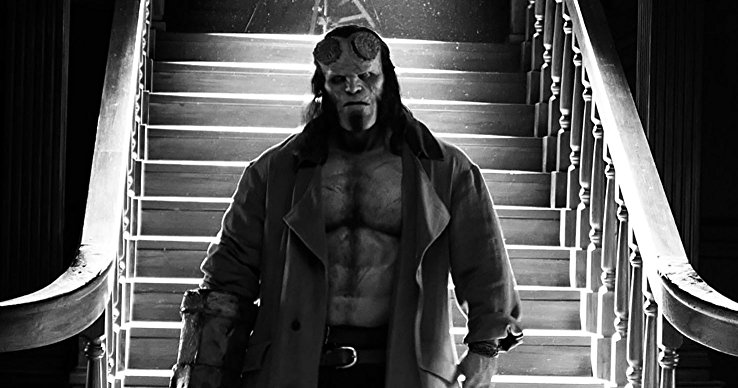 Ever since Hellboy: The Golden Army, fans have been clamoring to see more of everyone’s favorite demon hero. Rather than make Hellboy 3 directed by Guillermo del Toro and starring Ron Perlman, Warner Bros. opted to reboot the franchise. Stranger Things’ star David Harbour will be starring as Hellboy, and the film is set to have a hard-R rating.

Those are only a few of the changes that will be taking place with this reboot. During a recent interview with Independent, Harbour further elaborated on what will change between this Hellboy and Del Toro’s versions:

“The Guillermo Del Toro-helmed movies were so fantastic in their own way, but we wanted to do a different version where he goes through a lot more struggle, a lot more angst. That’s the complexity I bring to it. In a sense, there are many similarities. It has the same complicated sensibility which is certainly what drew me to the project.”

This quote just further verifies that idea that this Hellboy reboot is going to be a lot darker than the original two films. Considering his character in the comic book is a lot more bruiting, this idea makes a lot of sense. Harbour has shown an ability to add a lot of dark textures to characters, so he will certainly be a good fit for the character.

For what it’s worth, del Toro did wish Harbour luck playing the role back in October.

My big question mark about this film is director Neil Marshall. Marshall has made some interesting films in his career such as The Descent and Doomsday, but he has mostly worked in television over the past few years. Can he match Del Toro stylistically in bringing the character to life? We will have to wait and see.

What are your thoughts on the Hellboy reboot? Let us know in the comments below!