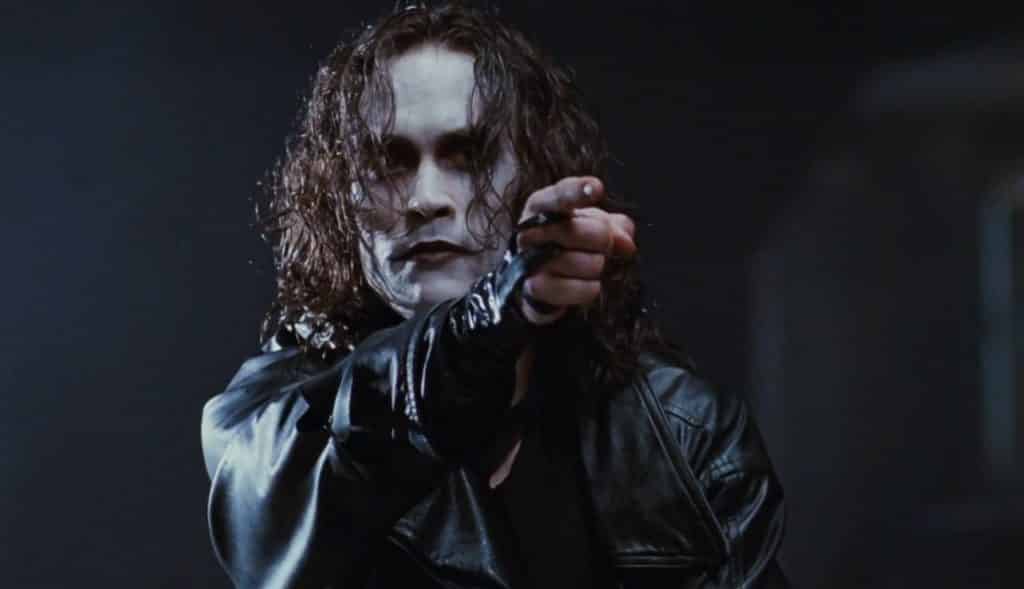 It was revealed this week that a reboot of 1994’s The Crow would be moving into production in February of next year with comic creator James O’Barr working very closely with the producers and director Corin Hardy.

If you’re a fan of the comic (or the movie) you probably already know that there were a few terrible sequels to the 1994 film that just weren’t very good. It turns out, though, we could have had a much more interesting sequel than any of the ones we were given.

While speaking at Los Angeles Comic Con, we were able to get some pretty cool details about the sequel O’Barr wrote that Miramax ultimately passed on:

My intention was to take it to a completely different direction. So I wrote a story that was a based on a little incident that happened in Chicago about a woman who was killed at her wedding. I remember reading it in the paper and it was just a horrible tragedy. Some Irish gangsters tried to rob a main perish in Chicago where they held the collections, and they got lost coming down. They ended up in the middle of a wedding and one of the bride’s maid’s boyfriend, in the audience, was a cop and a big shoot out started, church burnt down and 13 people were killed.

That story always stuck with me and that day is supposed to be the happiest day in someone’s life and it couldn’t get more tragic than that. So my idea was “Okay, what if I take that scenario and call it The Crow: The Bride?” and she comes back. It was super cool, she’s still wearing her wedding dress with barb wire and nails in her head.

I wrote out a treatment which is 16 pages, it tells you every plot point and tells you everything in the story, and they paid me for it. It was like $10,000, they said “Nah, we can’t make this. First of all, no one is going to see a action movie with a female lead.” And I was like, ”If you do it right, it doesn’t matter if it’s about gender. It just has to be handled right.” They declined and so, there’s the script and I did a bunch of illustrations for it as well and they threw on the shelves at Miramax.

I think it was ’95. I think I wrote it at the end of ’94. By the time it went through the lawyers and pressmen, it ended up in the dusty back room of Miramax. It was the end of ’95 and about 4 or 5 years later this movie ‘Kill Bill’ comes out and I’m sitting in the theater like – you know that meme with the guy? (O’Barr makes a shocked realization face). “This looks vaguely familiar!” Mine didn’t have any of the Kung-Fu nonsense. I mean it’s the exact same story. They paid for it, so they had the right to do whatever they wanna’ do with it. Like a couple of years ago, I dumped it out and thought, “This is a good solid story.” So I decided to turn it into a graphic.

So in a way, maybe we did get this sequel – it was just in the form of Kill Bill. The concept definitely sounds interesting, and probably would have been better than any of the sequels we were given, but that isn’t really saying much.

As far as the reboot is concerned, fans will be mad about the idea of it being rebooted, but if O’Barr is heavily involved, I don’t really think there’s much reason to be mad. If those sequels didn’t harm Brandon Lee’s legacy, a quality reboot wouldn’t either.