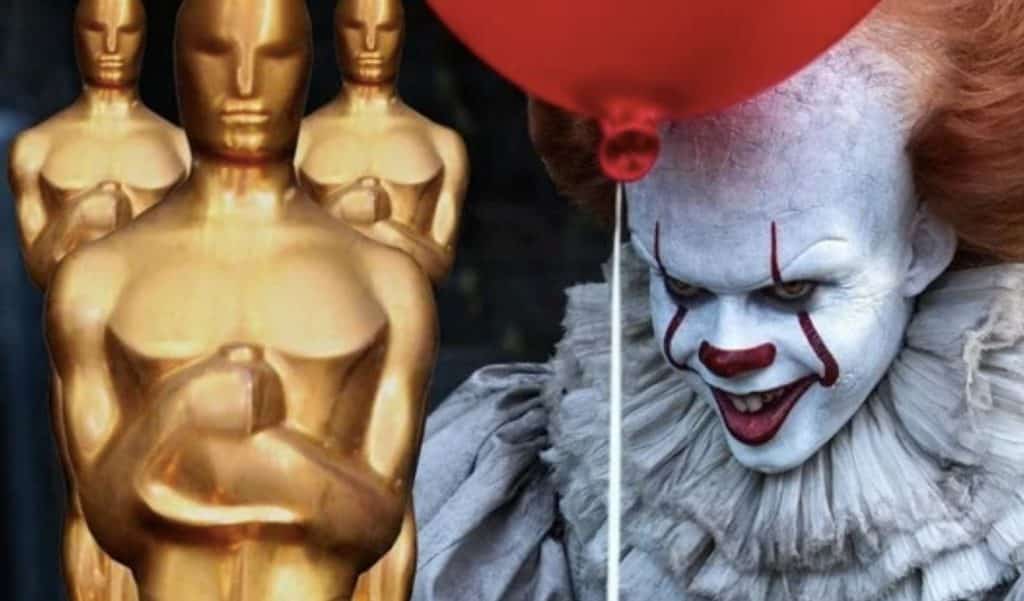 The IT movie was a massive success this year – critically, financially and with the fans. Hell, even Stephen King praised the movie and he wasn’t at all involved with it. That’s why it probably shouldn’t come as a surprise that Warner Bros. just announced they’ve started an Oscar campaign for the film.

They’re asking that the film is considered for the following categories:

While it’s a long shot, I could definitely see the film winning at least one in the makeup category. The Academy has long stuck its nose up at Horror, prompting us to believe that they should just make a separate category for the genre.

As far as what we mentioned above, there was a reason Stephen King wasn’t involved in the movie, as told by director Andy Muschietti:

“I’m very happy making an adaptation, my interpretation of the story, and I would be thrilled to meet Stephen King, but there comes a time in the process where you start feeling good with your interpretation of it, and your contribution to the story, and it doesn’t feel like I want to discuss my ideas with him, you know? I don’t know. It feels like something that I would be embarrassed to tell him, you know? ‘Your words and your moments don’t work,’ right? [laughs].”

As far as The Oscars go, maybe The Academy could be looking to shake things up to take some of the heat off of them for the recent Harvey Weinstein scandal, as well as the other disturbing stuff currently going on in Hollywood.

Do you think the IT movie deserves an Oscar? Be sure to tell us your thoughts in the comments!