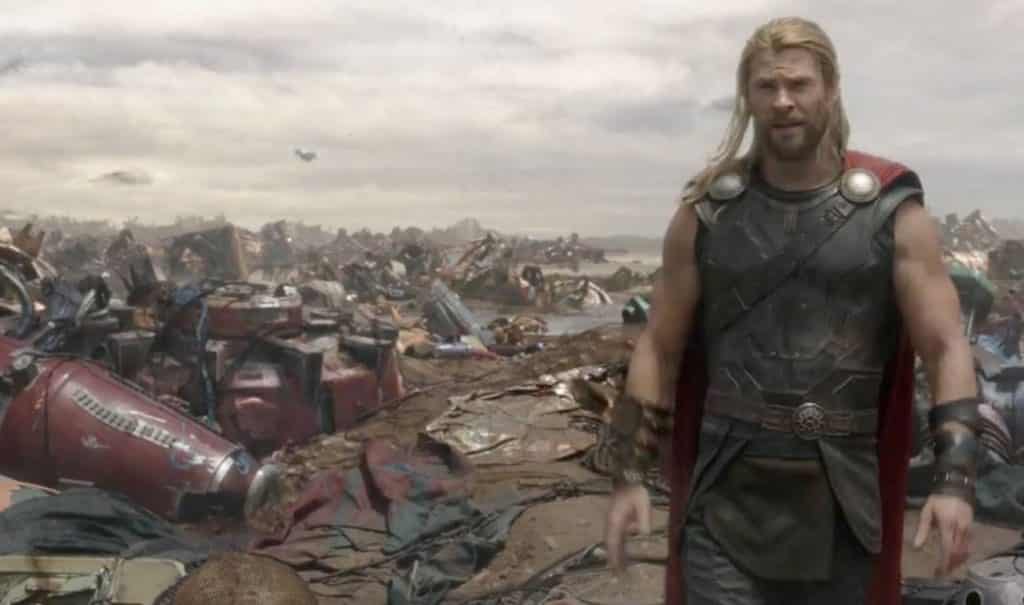 There are obvious spoilers ahead for Thor: Ragnarok, so if you haven’t seen it yet, don’t say we didn’t warn you.

For those of you who have already seen the film, you know that there were two post-credits scenes in the movie. One featured Thanos’ ship (Kevin Feige confirmed) and the other was just a scene with Jeff Goldblum’s Grandmaster.

In a new interview with Collider, the film’s director Taika Waititi revealed that there was actually another scene filmed with Grandmaster – but it ultimately didn’t make the final cut:

“We were determined to not have too many of them. The thing [with Loki and Thor], that was the thing we did in reshoots. It was a last minute decision. And the other thing at the end, with The Grandmaster, was something we shot on Gold Coast that was something I planned for a long time. It was either going to be that or it was going to be Topaz and Grandmaster stowing away on the ship at the end.”

“That could be on the DVD in the deleted scenes, those two in the crowd of the Asgardians and he pushes through and goes, ‘I’ve never heard of this Earth place but… We got to keep a low profile.’ And they kind of put these blankets over their heads and disband into the crowd.”

That would have been pretty interesting to see, and will very likely make the deleted scenes when the film is released to home video, as most Marvel Cinematic Universe films tend to do. It wasn’t the only thing to be cut from the film, though, as it was also revealed by Kevin Feige that Beta Ray Bill was removed from the film – aside from an Easter egg:

“There was a Beta Ray Bill, but it was so quick that you would have the same complaints that you have now,” Feige said. “He was in it a little bit more and it just didn’t do justice. And the feeling is, if you can’t do it justice, do it later.”

The film’s synopsis: Thor’s world is about to explode in Marvel’s Thor: Ragnarok. His devious brother, Loki, has taken over Asgard, the powerful Hela has emerged to steal the throne for herself and Thor is imprisoned on the other side of the universe. To escape captivity and save his home from imminent destruction, Thor must first win a deadly alien contest by defeating his former ally and fellow Avengers… The Incredible Hulk!

Do you think this scene should have made the final cut? Be sure to tell us your thoughts in the comments!