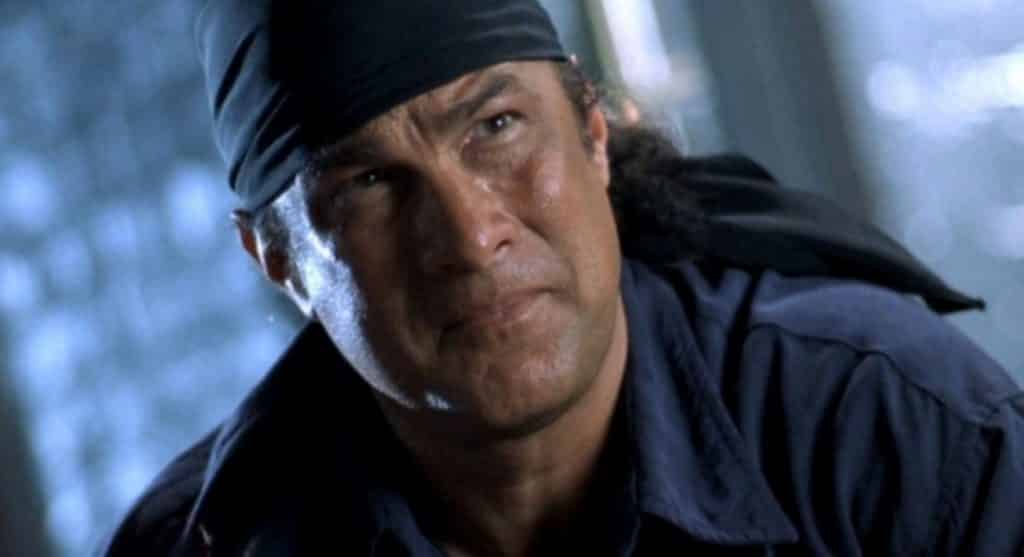 Since he was granted Russian citizenship by President Vladimir Putin and started a slightly bizarre new career as an international political commentator, Steven Seagal has become a regular feature on our daily news bulletins. Unfortunately, yesterday he became a news story for all the wrong reasons, as he has now joined the fast growing list of male actors being accused of historic sexual misconduct.

Hollywood continues to be flooded with wave after wave of utterly repugnant allegations against some of the biggest names in the business. Whilst the majority of the media interest at the moment remains firmly fixed on producer Harvey Weinstein and actor Kevin Spacey, this week has seen allegations thrown at Charlie Sheen saying he raped 80’s child actor Corey Haim. Yesterday also saw the premiere or comedian Louis C.K.’s latest movie pulled after five women came forward to accuse him of historic sexual misconduct.

Several big names have now come spoken out to condemn Seagal’s actions towards them. These include former Playboy actress Jenny McCarthy, ER star Julianna Marguiles, and also actress Portia De Rossi. De Rossi is best known for her recurring roles in Ally McBeal and Arrested Development, and has been married to talk show host Ellen DeGeneres for the last nine years. Yesterday she took to Twitter and published the following:

My final audition for a Steven Segal movie took place in his office. He told me how important it was to have chemistry off-screen as he sat me down and unzipped his leather pants. I️ ran out and called my agent. Unfazed, she replied, “well, I didn’t know if he was your type.”

DeGeneres went on to share the tweet in support of her wife, and her 75 million followers immediately sent the allegation viral.

I’m proud of my wife. https://t.co/NABbOJoBrf

It’s not yet been confirmed exactly when this incident is alleged to have occurred, or which movie De Rossi was auditioning for, but the fact that she has raised her agent as a disclosure witness spells bad news for 65 year old Seagal. He has been residing in Russia since 2016, has so far refused to comment on any of the stories that have come to light against him.

Actess Jenny McCarthy went into a lot more detail in a report (of a prior incident that was re-shared) with THR:

“I stand across from him and he plops onto a sofa that’s near a fireplace,” she recalled. “And he points at the sofa cushion next to him saying to me, ‘Take a seat. Relax.’ I said, ‘No, thank you. I’m just really excited to read for this part. And I have so much energy I need to stand.'”

McCarthy said she wore a loose muumuu outfit so the casting people would “actually look at my face and watch me work,” but that her meeting ended up being only her and Seagal.

She said the actor told her there was nudity in the part and that he couldn’t tell what her body looked like in the oversized dress she was wearing.

“In my head I’m like, ‘Okay. here we go. Sound the alarms, this is not a test, this is the real thing, activate all defense systems,’” she said. “But I so wanted to legitimately read for this part that I wasn’t going to give up yet. So I told him, ‘Listen. My agent says there’s no nudity. I specifically asked her and she said no.'”

She says he told her there was “off-camera nudity,” which didn’t make sense to her, and asked her to lower her dress. She said she only wanted to read the scene but that he asked again for her to lower the dress “so I can see your breasts.”

She paused, says her eyes filled with tears and then yelled back at him, “Go buy my Playboy video — it’s on sale for $19.99.” She said he followed her to her car and instructed her not to tell anybody, “or else.”

A huge star in the 80’s and 90’s, this is not the first time that serious allegations have been made against the actor. In 1991, three female employees on the set of Out For Justice accused him of sexual misconduct. That matter was settled out of court. Then in 2010, Seagal’s reality TV series was suspended when a further accusation was filed against him in court. Again, that matter was settled privately, and the case dropped.

The aforementioned TV series in itself is just one example of Seagal’s slightly eccentric public behavior. Enlisting as a Sheriff’s Deputy in Louisiana, viewers spent several years watching him participate in regular law enforcement duties. One of these again ended in court when Seagal was accused of excessive force and shooting an 11 month old puppy. Despite being a Buddhist, he is involved in a number of business interests including the import of Russian firearms to the US.

With three days left until the end of the week, there’s no guessing just how many other big names will have been named and shamed for their abhorrent actions. As ever, we’ll keep you posted.

Continue Reading
You may also like...
Related Topics:Steven Seagal