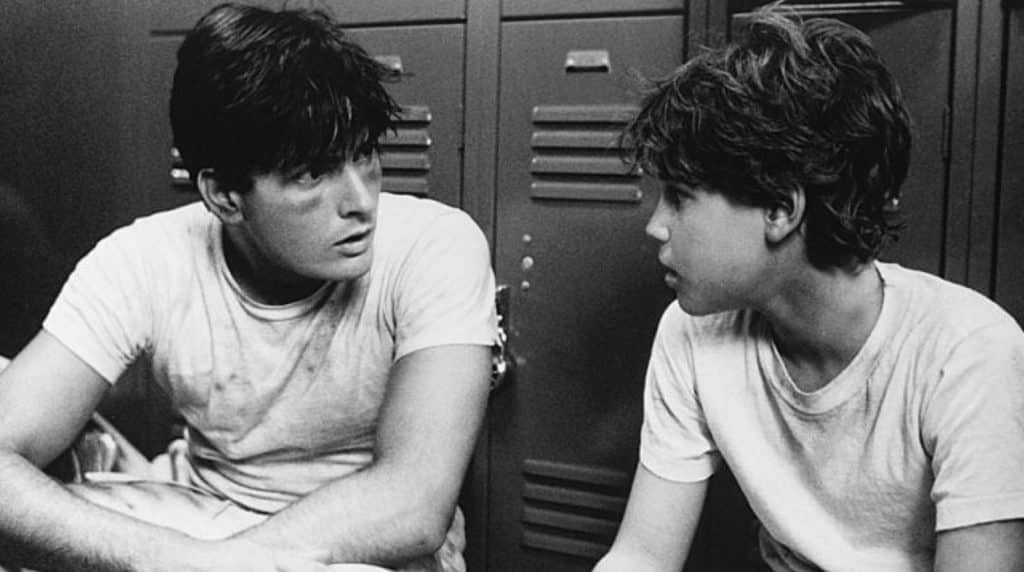 In the latest disturbing allegation against a powerful person in Hollywood, Actor Dominick Brascia has come forward and said that Charlie Sheen raped now deceased actor Corey Haim when he was just 13 years old.

In a new interview, Brascia says that Haim told him all of this just before he died back in 2010:

“At some point during the filming [of ‘Lucas,’ Haim] explained an adult male convinced him it was perfectly normal for older men and younger boys in the business to have sexual relations, that it was ”what all guys do,”. So they walked off to a secluded area between two trailers during a lunch break for the cast and crew,’ continued Feldman,’ and Haim, innocent and ambitious as he was, allowed himself to be sodomized.”

It’s also noted that Feldman referenced the situation back in 2011 (via The National Enquirer), but wasn’t specific:

‘I’m not a huge fan of Charlie Sheen…especially the way he’s affected other people that I know.’ Tellingly, Feldman also said Haim ‘fought for his entire life to recover from those early experiences and to get his life together.’

Charlie Sheen is yet to publicly address the matter.

Update: A representative of Charlie Sheen released the following statement to E! News:

It marks a very disturbing trend in Hollywood, and one that doesn’t seem likely to slow down any time soon. The dominoes continue to fall, and is just has you wondering who’s next. It seemingly started with mega producer Harvey Weinstein and most recently took down Kevin Spacey, who was fired from the popular Netflix series, House of Cards, after he was accused of sexual misconduct with various different men, including attempted rape of a 15 year old boy, as well as 14 year old actor, Anthony Rapp.

It’s clear that people abused their power to do some truly terrible things and it really makes you wonder just how much more hidden stuff in Hollywood is going to surface. Hopefully, we get to the bottom of all of it once and for all and stuff like this is put to an end.

Alternate Post-Credits Scene For THOR: RAGNAROK Revealed
AVENGERS 4 May Bring Shocking MCU Characters Back From The Dead
Advertisement
To Top