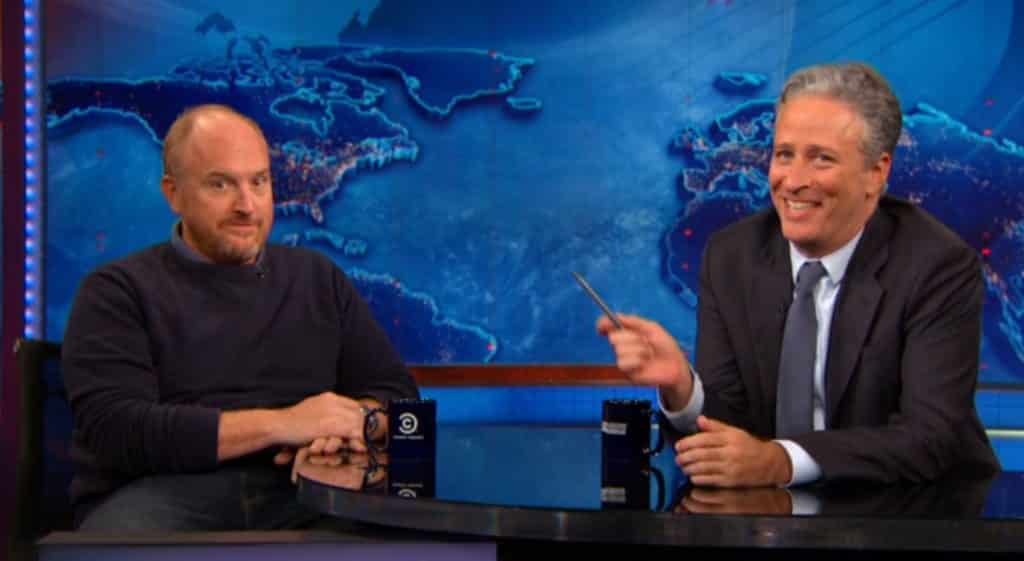 Earlier this week, a video resurfaced of Jon Stewart essentially laughing off a question regarding Louis C.K.’s sexual misconduct (that was alleged at the time). Given the fact that the misconduct is no longer alleged, having actually been confirmed as true, the video has some wondering what that was all about. Stewart came out today to clarify the video, but let’s first discuss the video from 2016.

“So the Internet said Louis harassed women? You know who you’re talking to, right?”

“I didn’t see the tweets. Honestly, I’m not that connected to that world. I don’t know what you’re talking about. … All I can tell you is I’ve worked with Louis for 30 years, he’s a wonderful person, and I’ve never heard anything about this, and we all knew Bill Cosby was a p**** for a long time.”

On this morning’s episode of Today, Stewart now claims he was shocked:

“You give your friends the benefit of the doubt. I tried to think about it in terms of, I’ve had friends who have had compulsions and have done things: gambling or drinking or drugs. And we’ve lost some of them. Some of them have died. You always find yourself back to a moment of, ‘Did I miss something? Could I have done more?’ And in this situation, I think we all could have. So you feel anger at what you did to people.”

“Look, comedy on its best day is not a great environment for women. The idea that there was this added layer of pressure and manipulation and fear and humiliation. … I think its a question of, we’re used to being in charge, and I think if you talk to women, they’re in a very difficult position, and you get mad at yourself, too, for laughing it off or for thinking, ‘That didn’t happen.’ And it’s hard.”

It’s impossible to actually know whether or not Stewart actually knew this type of stuff was going on, but even if he did, Louis C.K.’s actions aren’t really on him. It’s just interesting to know that these allegations were going around at one point, and no one really did anything. Roseanne Barr went public with it, and was essentially ignored.

It seems to have been a disturbing Hollywood trend for some time now, but looks as though things will be changing.