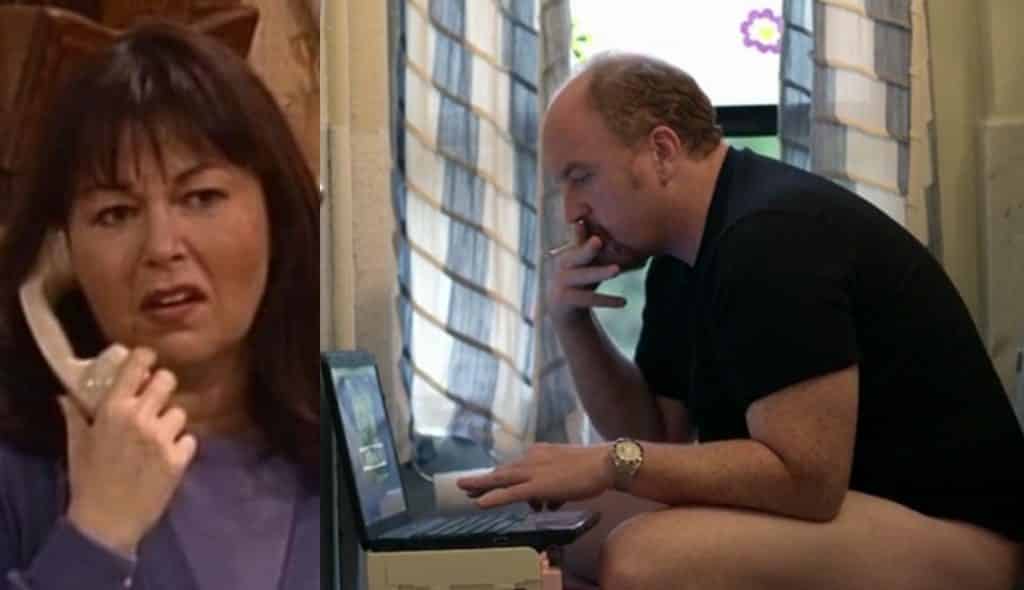 “These stories are true. At the time, I said to myself that what I did was okay because I never showed a woman my dick without asking first, which is also true. But what I learned later in life, too late, is that when you have power over another person, asking them to look at your dick isn’t a question. It’s a predicament for them. The power I had over these women is that they admired me. And I wielded that power irresponsibly.”

It turns out Roseanne Barr actually came forward and revealed the things Louis C.K. was doing in June of last year, but no one really paid much attention. In an interview with The Daily Beast, Barr said:

I have 0 idea if Louie #CK is a sexual offender or not-but there R MULTIPLE accusations in Hollywood’s working woman circles. He shld answer

“Ignoring the many women writers who claim Louis #CK is a sexual offender, the Emmy Awards nominated him 4 3 awards. #JuddApatow”

At the time, Louis C.K. responded in an interview by saying:

“Well, you can’t touch stuff like that. There’s one more thing I want to say about this, and it’s important: If you need your public profile to be all positive, you’re sick in the head. I do the work I do, and what happens next I can’t look after. So my thing is that I try to speak to the work whenever I can. Just to the work and not to my life.”

Well. Here we are in 2017 and multiple Hollywood power players including not only Louis C.K. – but the likes of Harvey Weinstein, Kevin Spacey, and Brett Ratner have seen their careers taken from them following very disturbing allegations.