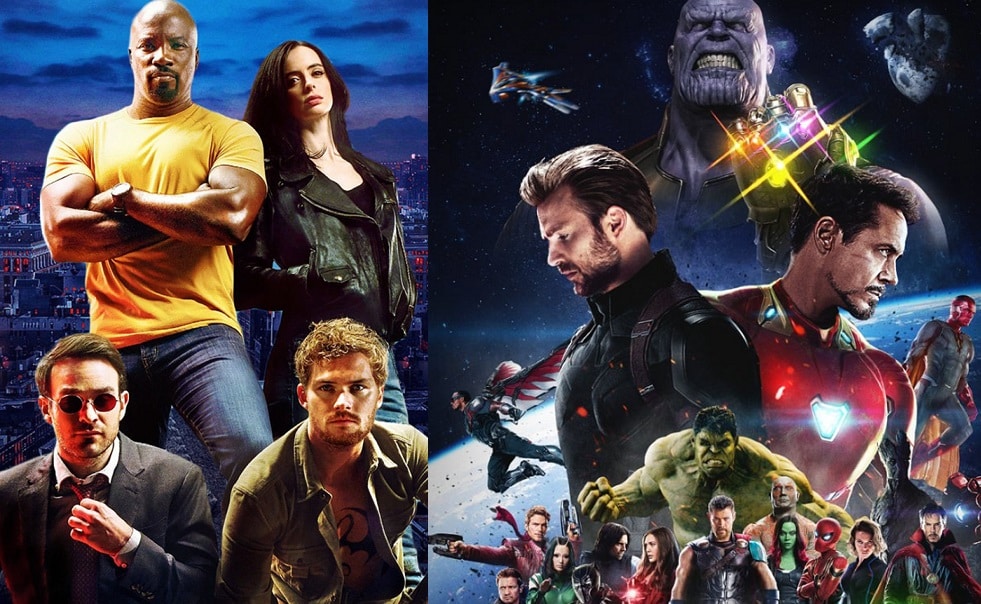 While Avengers: Infinity War seems like it would be the perfect time to introduce Marvel’s Defenders into the theatrical part of the Marvel Cinematic Universe, or any of the Netflix characters for that matter, apparently, it’s not happening.

Though many Marvel fans would love to see it, in a recent interview with Entertainment Weekly, Marvel’s Jessica Jones showrunner Melissa Rosenberg revealed the type of role The Defenders will play in Infinity War:

“Our partners are Marvel, and if we’re doing something that’s counter to [their continuity], they would pull us back or orient us on the right path, so clearly we’re [okay]. But we’re very much in our own world.”

It’s not exactly a surprise, as other people associated with both the movies and television have given similar responses. Last March, Falcon actor Anthony Mackie was asked about a potential crossover, and said it wouldn’t work at all:

Daredevil’s Charlie Cox said he loves the idea of a potential crossover:

“I’d love that too. Those Easter eggs are thrilling to me. As they are to all of you guys, the fans. Sadly, Elden [Hensen] and myself have not been invited to the conversations that take place where they make those decisions. So, until we are invited to those conversations, we have no idea what’s going to happen.”

Kevin Feige, for the record, has said that it will happen – he’s just not sure when:

“…the truth is, I don’t really know, but there are a lot of TV shows being made, and hopefully we’ll continue to make a lot of movies. At some point, there’s going to be a crossover. Crossover, repetition, or something.”

Here’s hoping it’ll happen at one point. At least a reference. Give us, something. Anything. Come on, Feige!