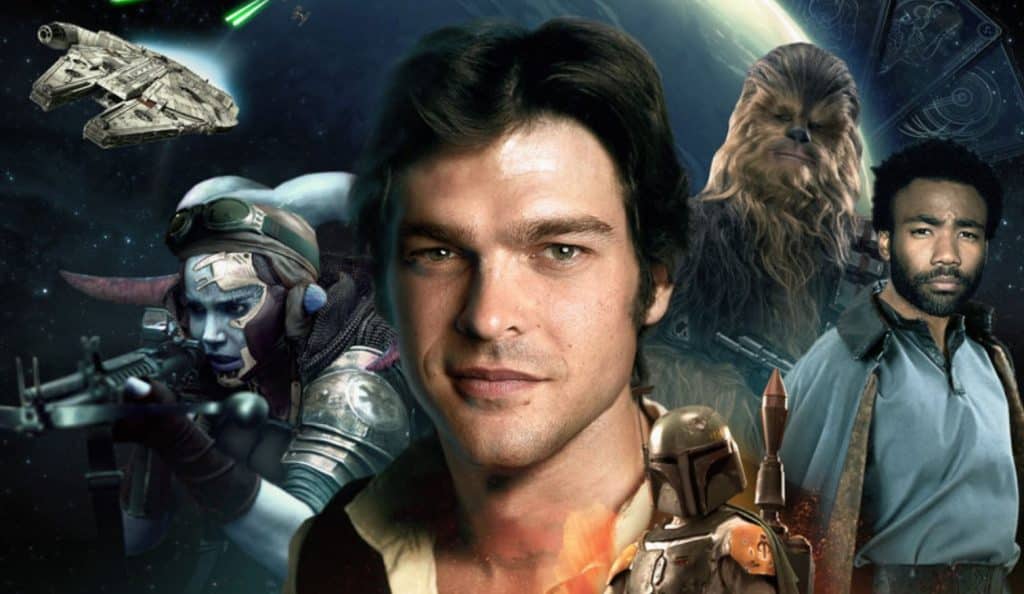 The upcoming Han Solo prequel, Solo: A Star Wars Story, is only five months away, and little to nothing is known about the project. With such secrecy revolving a film about one of the most iconic movie characters of all time, fans have been begging for more details. Now, a dedicated Reddit fan may have picked out the galaxy’s most feared bounty hunter in a behind the scenes image.

This image goes all the way back to September, when director Ron Howard stepped in to reshoot and complete the film after Phil Lord and Chris Miller were removed from the project. Howard happened to tweet a photo from one of the reshoots featuring actor Paul Bettany. But it’s the background of this image which is most interesting, and possibly hints at Boba Fett’s ominous presence.

Had to say goodbye to my friend @Paul_Bettany today. Another terrific performance from a world class talent. pic.twitter.com/6jkNKQNQZZ

leak picture of Boba Fett on set in the Han Solo film pic.twitter.com/mQYTG8WtCT

As you can see, once you look to the left of the photo, there seems to be a shadowed helmet peering off into the distance. And a helmet like that is distinctly similar to Boba Fett’s own mask, so if it’s not him, it’s certainly going to be someone identical.

Boba Fett happens to be one of the lesser used characters from the Star Wars franchise, but instantly became iconic with fans after his first appearance. As such, audiences have been begging to see the character in a role that lives up to his legacy, and the Han Solo spin-off might be as good a chance as any to do that.

While we wait to see if Boba Fett manages to make a surprise appearance, we should be expecting a trailer for the film any time now.

How do you feel about Boba Fett facing off against Han Solo in the upcoming prequel? Let us know in the comments section down below!