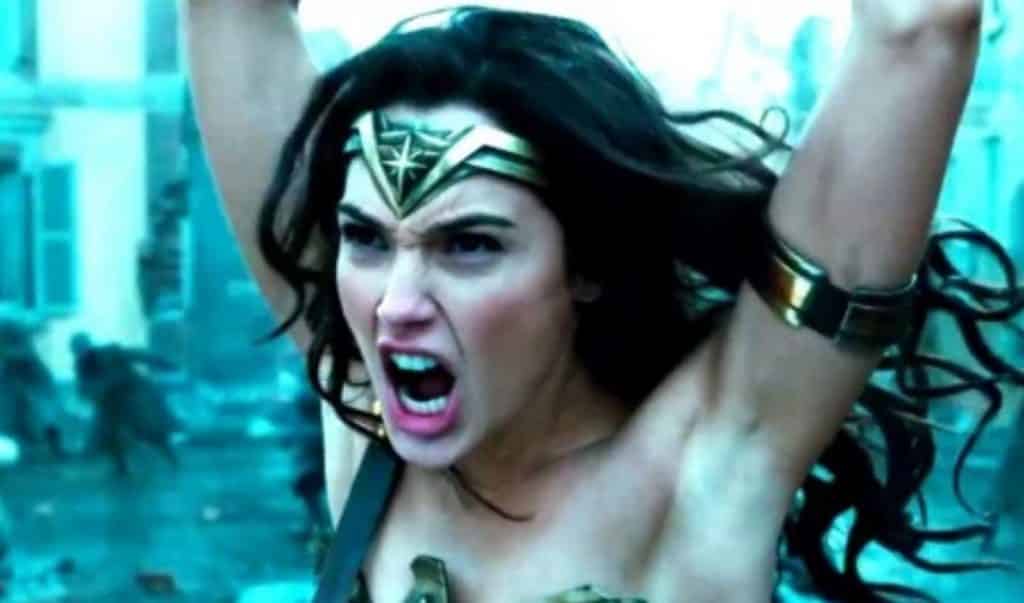 Gal Gadot appeared at the National Board of Review Awards in New York on Tuesday, alongside Wonder Woman director, Patty Jenkins. Gadot wore a dress designed by Lebanese fashion designer Elie Saab, and well, as what normally seems to be the case, Twitter outrage promptly ensued.

The initial photo, below:

Yes I know, I posted the update too 🙂

It’s not about who did a bigger mistake, Elie Saab team praised Gal Gadot in their post too, yet they were smart enough to remove the post when people started commenting. Anyway they should be more cautious.

It’s a legal requirement to join the army if you’re an able adult there. Also, you believe noone who just so happened to be born in Israel, and has literally nothing to do with the politics, shouldn’t be allowed to succeed, because of their country of birth? Woop sounds racist

Get over it. Elie Saab is a global brand and you should be proud that. Obviously the picture was posted because Gadot is a major celebrity and not because she was in the Israeli army. Elie Saab makes me proud to be Lebanese; people like you not so much.

It is a shame that there are narrow minded people like you that spew negativity in your journalism. Gal Gadot and Elie Saab are not at war. They’re are showing that Israel and Lebanon can be places where fashion, culture and beauty exists.

Seriously? Listen to yourself.

Get over yourself it’s attitudes like that that continue the cycle of hate and distrust.

What century is this?

Be proud of being a man of peace. Be proud of accepting the very existence of Israel, the only real democracy of the Middle East. Be proud the day you kick terror group Hezbollah out of your nation, and make it a democracy again. Stop hatred.

FACT: Palestinians are NOT allowed to buy property in Lebanon. Who is the apartheid state?! Not Israel. #bdsfail #maga #maga2018 #IStandWithIsrael https://t.co/mt9g3U1z4h

Justice League and Wonder Woman have both been banned in Lebanon, for what is suspected to be similar reasons. Gadot doesn’t seem phased by any of this, or at least her speech at last night’s Critics Choice Awards would suggest she isn’t:

“Throughout my career, I was always asked to describe my dream role. And it was clear to me that I wanted to portray a strong and independent woman—a real one. The irony in this is that later, I was cast as Wonder Woman, and all of these qualities I looked for, I found in her. She’s full of heart, strength, compassion, and forgiveness. She sees wrong that must be made right; she takes action when everyone around her is idle. She commands the attention of the world. And in doing so, she sets a positive example for humanity.

Wonder Woman also struggles with her own love and hopes, she gets confused, insecure, and she’s not perfect. And that’s what makes her real. We wanted her to be universal, to be an inspiration to all people all around the world, and our plan was to make sure we didn’t give too much attention to the fact that she’s a woman.

The whole process of creating this film inspired me, and I hope we managed to inspire others. Now, when I started acting, there were very few female-led movies, and even fewer female directors. This year, three of the top-grossing films were female-led, and one of them was directed by my wonderful Patty Jenkins. There were eight other films in [the] top 100 which were directed by females. So although this is progress, there is still a long way to go.

Patty just shared an anecdote with me. And she said someone told her that his three-year-old saw the movie, and when the movie ended, the boy said, “When I grow up, I want to be a woman!” So as artists, and as filmmakers, I believe it’s not only our job to entertain, but our duty to inspire and educate for love and respect.

In the past weeks and months, we’ve been witnessing a movement in our industry and society, and I want to share this award with all the women and men who stand for what’s right: Standing for those who can’t stand or speak for themselves. My promise and commitment to all of you is that I will never be silenced, and we will continue: band together to make strides, uniting for equality.”

As far as Wonder Woman 2 goes, it’s expected to be released on November 1st, 2019, of which Gadot has said she’s very excited to begin work on:

“When I started to shoot Justice League it was literally the day after I wrapped on Wonder Woman. So it was the same, but different, and it was really nice to share the stage with an ensemble cast, and work with some of the guys again. It was a lot of fun. Obviously, it wasn’t about Wonder Woman; she was supporting the bigger story. I’m very excited to start working on Wonder Woman 2.”

You can probably expect more controversy to follow that film, as seems to be the case with almost anything these days.

What do you think of the controversy? Be sure to tell us all of your thoughts in the comments!

What’s Next For Frank Castle On ‘Marvel’s The Punisher’?
First Trailer For HBO’s ‘Fahrenheit 451’ Released
Advertisement
Advertisement
To Top